1 in 3 Pinays use traditional over modern contraceptives 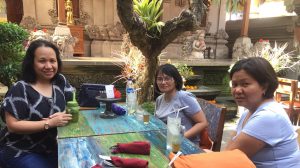 (AUG. 8) — A recent study on Filipino women who use contraceptives showed that in the past 10 years, one in every three women relied more on traditional contraceptive methods rhythm and withdrawal than modern methods.

The Demographic and Health Surveys (DHS) Working Paper “Ten Years of Traditional Contraceptive Method Use in the Philippines: Continuity and Change” by Maria Paz N. Marquez, Maria Midea M. Kabamalan and Elma P. Laguna, revealed that even if modern birth control methods were the most prevalent across all survey periods, the use of traditional methods accounted for nearly one-third of contraceptive use from 2003 to 2013.

However, the research revealed that Filipino couples used rhythm and withdrawal for spacing rather than limiting births.  According to the authors, “The use of less effective traditional contraceptive methods suggests that women are open to the possibility of having additional children, or that they have a fatalistic attitude toward childbearing or may view traditional methods as ‘better than nothing.’”

The study stated “unintended pregnancy accounts for around half of the reasons why use of rhythm and withdrawal was discontinued.”  However, despite the “clear distinction in effectiveness between modern and traditional contraceptive methods, a significant number of Filipino women still use traditional family planning methods.”

Filipino women or couples shy away from modern contraceptives for fear of their side effects, lack of knowledge on different methods and inconvenience of use, in contrast to “the relative ease in adopting traditional contraceptive methods.”

The authors noted that a study of urban poor women in Manila found that traditional contraceptive methods, particularly withdrawal, are preferred because of their absence of side effects, safety, agreeability with partner and ease of use.

The study revealed that Filipino women who rely on traditional contraceptive methods could have been targeted by family planning programs years ago, but since most efforts focused on “new acceptors of modern contraceptive methods, this group has been neglected and studies tend to lump them together as ‘undifferentiated mass.’”

Rhythm, withdrawal and non-use of modern contraceptives.  A total of 11,815 cases of women who were contraceptive users distributed from 2003 to 2013 were analyzed.  In all survey years, use of withdrawal was more prevalent than the rhythm method.

Use of withdrawal is more likely among women who were older, in the lowest wealth quintile, without any children, who wanted more children, as well as those with a high school education, who were not working, urban women, Catholics, older than their husband/partner, and those who have not received family planning messages from the radio or print media in the past few months.

Women who used rhythm “are more likely to be older, formally married, college-educated, have college-educated husbands/partners, in the highest wealth quintile, working, with either no children or five or more children, and older than their husbands.  They also have a correct knowledge of their fertile period, which is essential in using the rhythm method properly.

The study however stated that younger women were less likely to use both rhythm and withdrawal, over modern contraceptive methods compared with women age 45-49, who were approaching the end of their reproductive years.

More educated women were more likely to use rhythm but less likely to use withdrawal.  The study also stated that knowledge of their fertile period was not associated with the use of withdrawal.

New media.  The study noted that the use of radio and print as sources of family planning messages has declined and suggested that family program managers “could therefore explore other platforms such as information communication technology and social media (Facebook, Instagram and Twitter) to promote modern contraceptive methods to dispel apprehensions of women regarding the side effects and other health concerns attributed to the use of modern contraceptive methods.” 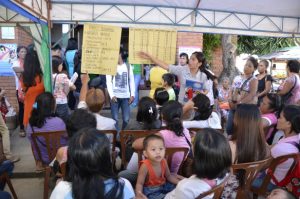 It was also suggested that there should be more emphasis on education on the fertility cycle.

“The low proportion of Filipino women who have correct knowledge of the fertile period over the 10 years covered in the study suggests that greater efforts should be exerted in education on the fertility cycle, especially among women who are using the rhythm method.”

The DHS Working Paper series is a prepublication series of papers reporting on research in progress that is based on DHS data.  This research is carried out with support provided by the United States Agency for International Development through the DHS Program.  The DHS Program assists countries worldwide in the collection and use of data to monitor and evaluate population, health and nutrition programs.  The research authors are faculty members of the UP College of Social Sciences and Philosophy Population Institute.

For more information on the study, visit http://www.dhsprogram.com/publications/publication-WP130-Working-Papers.cfm.