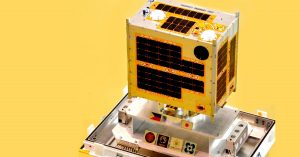 Following the historic launch of Diwata 1, the first Filipino-made microsatellite, plans are now in place to launch a second microsatellite in the first half of 2018, tentatively named Diwata 2.

This was revealed in the conference “PHL-Microsat Forum P.U.S.H. Space S&T (Platform For Understanding, Sustaining, and Harnessing Space S&T in the Philippines)” conducted by the Philippine Scientific Earth Observation Microsatellite (PHL-Microsat )Program in Tagaytay City on Nov. 19.

Like its predecessor, Diwata 2 is also a microsatellite weighing 50 kilograms. It will have a new mission payload containing upgraded instruments such as improved cameras, new solar cells and a ham radio.

A ham radio can detect radio frequencies that are most often used and useful during disaster situations.

The view from Diwata. Diwata 1 has revolved around the Earth over 4,000 times since it was deployed in April 2016. The team has been accessing and downloading the data as early as November. 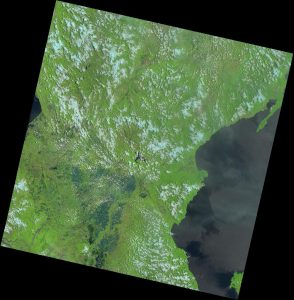 Diwata was able to capture photos of the swelling of the Cagayan River when Typhoon Lawin (international name Haima) hit the country in the latter half of October, noting that even five days after the storm passed some of the areas were still flooded.

The program has made some of the downloaded images available through their website at http://phl-microsat.upd.edu.ph/. Interested parties who want images of a specific area may also place requests.

Asian Microsatelllite Consortium. The program leaders also reported the creation of the Asian Micro-satellite Consortium, an alliance of 16 institutions from nine countries aiming “to create an effective international framework toward the goal of obtaining state-of-the-art satellite bus and sensing technologies and the sharing and use of satellite-collected data, thereby maintaining a global presence in the field.”

The consortium is expected to make it much easier to standardize satellite bus and sensing technologies and methodologies, share and utilize data collected by about 50 microsatellites that the participating nations are planning to launch and allow it to monitor and grasp a variety of situations in various locations, including major disasters if one should occur.

The signing ceremony was held on Nov. 18 at Hotel Jen in Manila.

One small step. The PHL-Microsat Program got a boost last October when Senator Paolo Benigno Aquino IV filed Senate Bill 1211 also known as the Philippine Space Act, seeking “the creation of a Philippine Space Agency (PhilSA), which shall be responsible for creating and enacting our nation’s roadmap toward becoming fully participative in global space activity.” 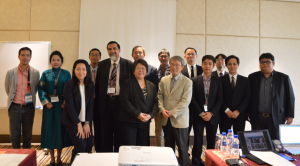 UPD faculty and members of the Asian Microsatelllite Consortium at the signing ceremony.

About PHL-Microsat. In March 2015, the DOST tapped a team of UPD experts to steer the Philippines into its space age with the PHL-Microsat Program, a P840-M initiative that aims to “build, launch and effectively utilize micro-satellite technology for multi-spectral, high precision earth observation.”

The program has five component projects or teams, each led by an expert in the field from UPD.