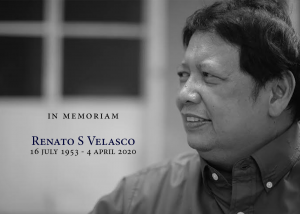 (APR. 8) – Former chief of the Presidential Management Staff (PMS) and Director General of the Philippine Information Agency (PIA) Renato S. Velasco passed away on Apr. 4.  He was 66.

Velasco was an associate professor at the Department of Political Science at the College of Social Sciences and Philosophy.

In a PhilStar Global article Velasco was mentioned as among those who passed away due to COVID-19.   In the article, Velasco was said to have been described by colleagues as a “simple, unassuming and friendly guy.”