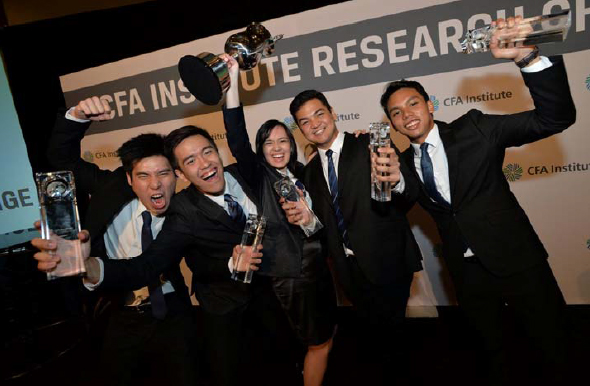 All the schools were required to conduct primary research and write an Investment Report about a publicly listed company in their countries that is supported by a financial model in order to come up with a Buy, Sell, or Hold recommendation. The subject company for the Philippines is Manila Electric Company–MERALCO (PSE ticker name: MER). All the teams presented their 10-minute research report followed by another 10-minute question and answer portion to the Board of Judges.