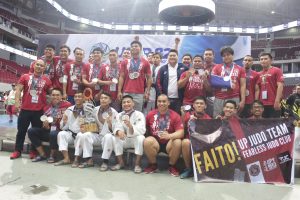 (MAR. 2)— The UP Men’s Judo Team’s (UPMJT) hard training paid off as they ended the season with a podium finish after winning second place at the UAAP Season 82 Judo Championships held at the SM Mall of Asia Arena, Pasay City from Feb. 29 to Mar. 1. 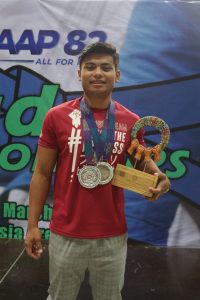 Ferrer, a bronze medalist at the 2019 Southeast Asian Games, was also named UAAP Season 82 Men’s Judo Rookie of the Year. 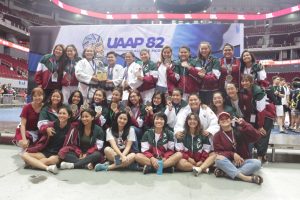 Meanwhile, the UP Women’s Judo Team (UPWJT) also made a podium finish at third place after earning two gold, one silver and five bronze medals.

This UAAP Season 82, the University of Santo Tomas and University of the East were declared as overall champion for the men’s and women’s judo, respectively. —Haidee C. Pineda, images by Jacelle Isha Bonus