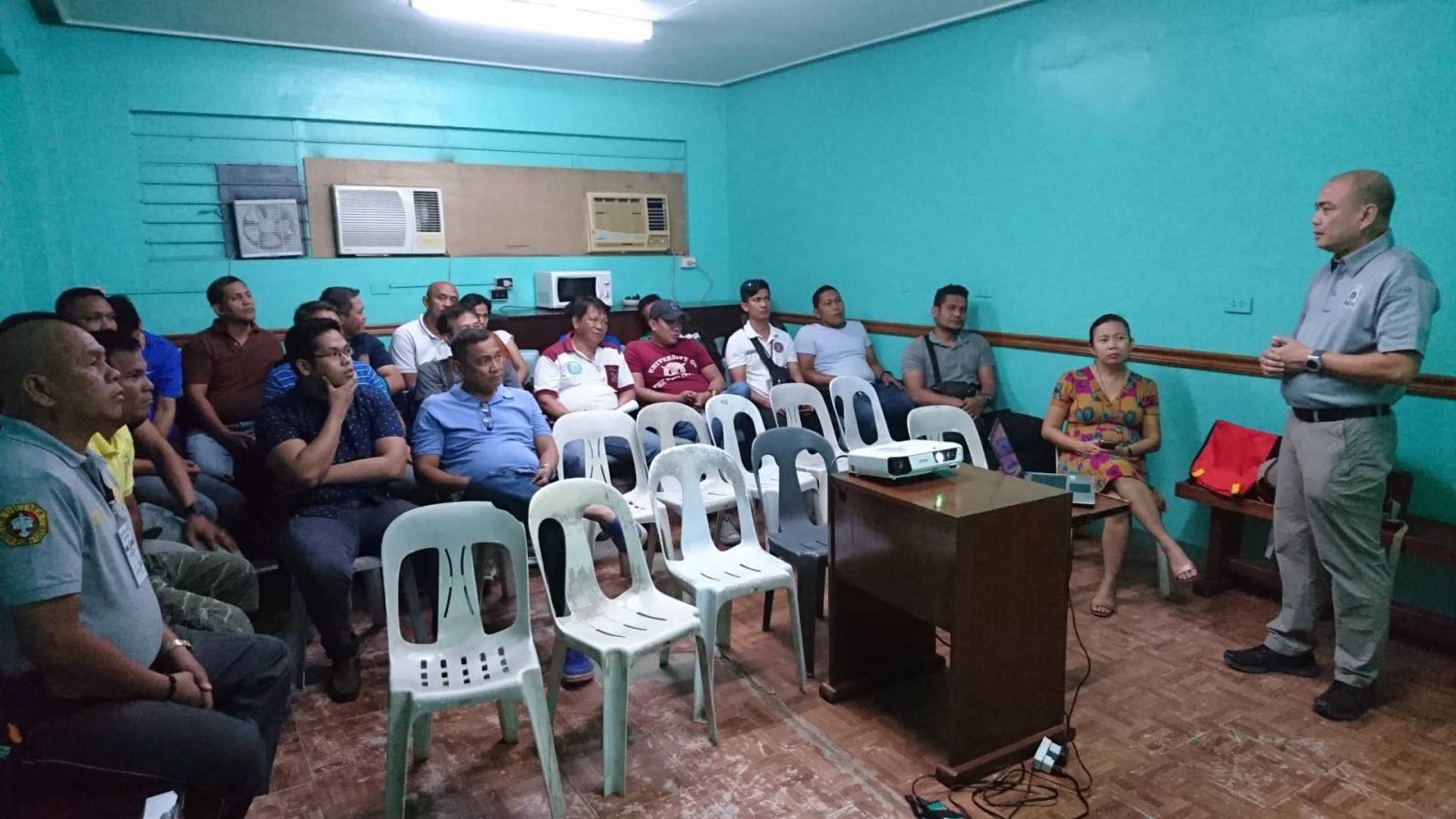 (MAY 27)—As one of the last large green spaces in Metro Manila, UP Diliman (UPD) is a haven to many different species of animals. It is also a target of people willing to exploit it.

Incidents like the killing of a rare, migratory bird Black Bittern (Dupetor flavicollis) in 2014 that went viral on Facebook stressed the need to take care of on campus wildlife.

To spread awareness and protect these animals, the Technical Working Group for Biodiversity Management (TWGBM) in UPD sponsored a 2-day Training for Wildlife Encounter workshop for personnel from the Campus Maintenance Office (CMO), the UPD Police and the Special Services Brigade.

Held on Mar. 9 and 23 (both Saturdays) at the CMO Compound and the Ninoy Aquino Parks and Wildlife Center, respectively, the workshop featured lectures on biodiversity, RA 9147 or the Wildlife Act, Convention on International Trade in Endangered Species of Wild Fauna and Flora and hands-on training on handling wildlife.

Guest speakers were Dr. Esteven U. Toledo and Dr. Rogelio Demelletes Jr. from the Department of Environment and Natural Resource’s Biodiversity Management Bureau and Dr. Carmela P. Española from the Institute of Biology (IB).

“The security groups are the first respondents inside UPD. They are the ones who can help enforce RA 9147, as well as to respond to wildlife-related incidents. The workshop hopes to raise their awareness about the RA 9147 so that they can tell off violators. In case there is a need to handle wildlife (when they go inside classrooms, or need rescue), the handling workshop gives them an idea on how to handle them with minimal stress to both parties,” said TWG Chair Prof. Jelaine Gan of the IB.

“The Black Bittern incident had a factor into it. With the formation of the TWG on Biodiversity Management, we now have the support of the Chancellor to initiate such capacity building activities. Our group is tasked to ‘build capacity of UPD personnel to implement and enforce environmental policies and laws, specifically those related to wildlife crimes,’” Gan added. 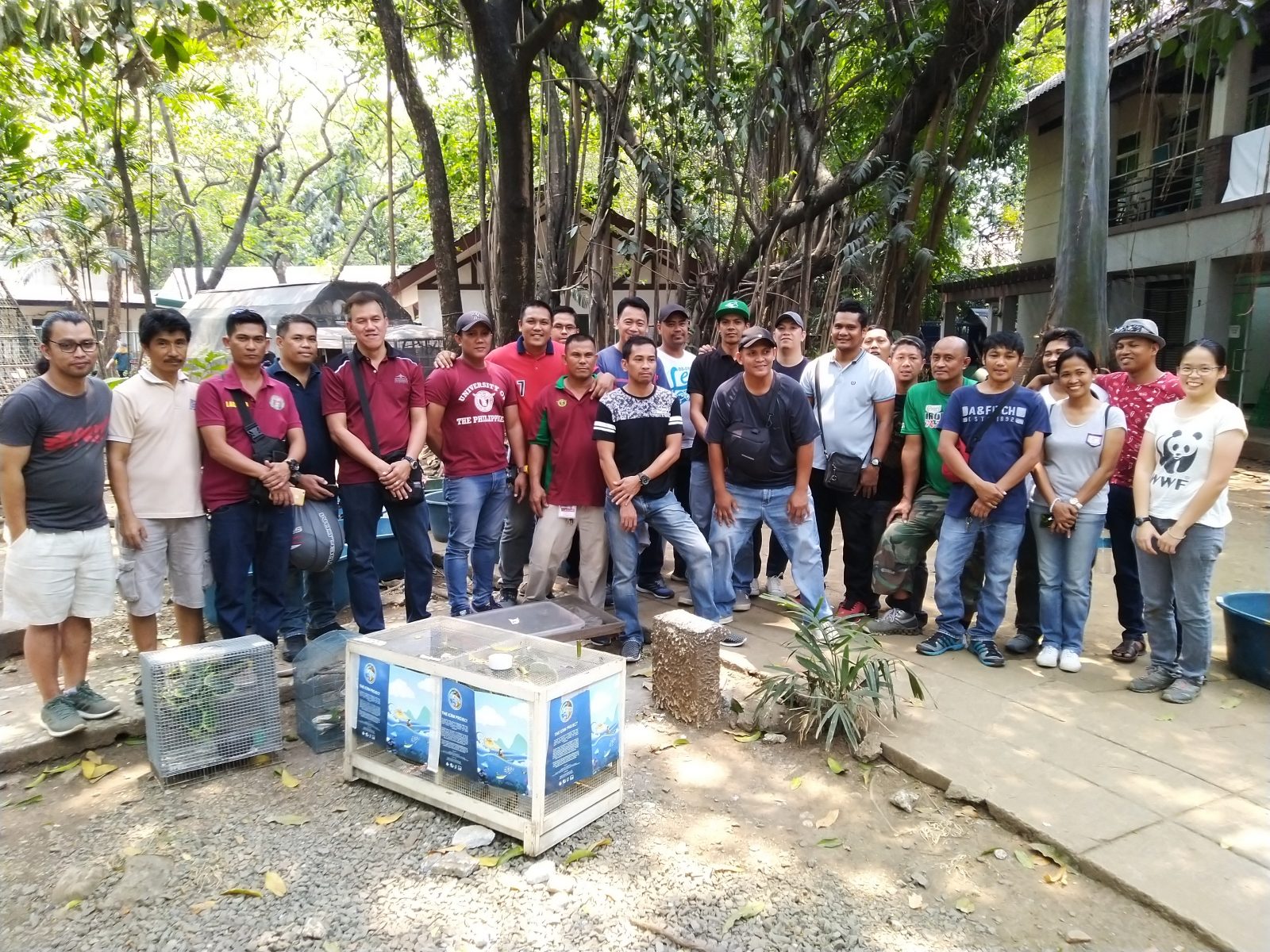 Consisting of experts from the College of Science, College of Architecture and the UPD administration, the TWGBM was created in 2018 “to manage researches, policies, and management plans for biodiversity and green space within the campus for a healthy environment and sustainable development.

Among their primary mandates is to “formulate local policies for biodiversitv management, including guidelines to lessen impact of construction work and other developments.”

One of the areas on campus that the group identified as an important area for biodiversity is the green grassland located within the area bound by University Avenue to the north, Lakandula Street to the south, Jacinto Street to the west and Roxas Avenue to the east.

In a statement, the TWG said that as one of the “[t]he large tracts of green open spaces of the campus, allowing for a variety of undisturbed flora and fauna and the natural collection of surface run-off during heavy rains” identified in the BOR-approved 2012 UPD Land Use Plan, the area serves as a teaching laboratory for courses of various programs of UPD and UP Manila where students conduct field exercises and independent studies.

“Any form of development within the site might constitute a violation of its land use designation, as the wildlife that it supports will be disturbed and its function in the campus as one of several natural rainwater catch basins will be affected,” they said.

The statement was part of a position paper submitted to the UPD Chancellor recommending a study on the potential impact of a planned construction of an impounding lagoon on the site. The Chancellor approved the proposal on May 22, 2019. Read the full statement here.

According to the 2018 book “Biodiversity and Climate Change Adaptation in Tropical Islands” edited by Iyyappan Jaisankar, AyyamVelmurugan, and Chandrakasan Sivaperuman, “Biodiversity is the backbone of sustainability of the ecosystem and its continued services to humans.… Other arguments in favor of biodiversity for investment in conservation of biodiversity at global, national, regional, and local levels include the possible discovery of new medicines for humans developed from native plants with the active support from the ethno medicinal practitioners not yet discovered by scientists.”—Anna Regidor, photos from Jelaine Gan and the Office of the Vice Chancellor for Community Affairs Facebook page