UPD now has a resident psychiatrist 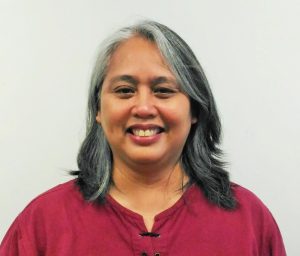 Prior to Nadera, the UHS has had psychiatric consultants. However, it is only recently that a resident psychiatrist has been hired.

She said of hiring a resident psychiatrist, “We could safely say that providing a part-time plantilla position for a psychiatrist is an initiative to integrate mental health as a basic service provided by the UHS.”

Being part of the UHS medical staff, her services are free and will only be available to students, and academic and non-academic staff of the university.

Working thus far in UPD, some common reasons Nadera has been consulted are feelings of persistent anxiety, depressed mood, impaired sleep, lack of focus and concentration, thoughts of self-harm, adjustment problems, problems with social interaction, feelings of fatigue, and lack of motivation.

“Most of these can be observed in clinical depression, anxiety disorders, and other psychosocial problems,” she said. “This calls us to reflect on and revisit our sense of community in UP.”

For Nadera, who graduated with a BS Psychology degree at the University of Santo Tomas in 1984, the brain and mind have always been of interest.

It was only logical then, that after being accepted for residency training in both psychiatry and rehabilitation, she chose the former.

Her teachers influenced her into becoming a psychiatrist. She said her college neurology professors were great, and that her psychiatry professor in medical school was an inspiration.

Additionally, she also said she had good experiences during her clerkship and internship rotations at Jose R. Reyes Memorial Medical Center.

In addition to her medical degree, she also earned a master’s degree in epidemiology from UP Manila in 1995 and a Master’s in International Mental Health from the University of Melbourne in Australia in 2004.

One can see Nadera’s passion for helping people with mental health problems in her work: With her husband, Victor Emmanuel Carmelo Nadera Jr, she runs the Foundation for Advancing Wellness, Instruction and Talents (Foundation AWIT).

Foundation AWIT, on its website, is described as “a non-stock, non-profit organization which aims to improve health, education and creative capacity of differently-abled persons through research and capacity building.” It has had, on and off, projects on suicide prevention, and has since 2016 been focusing on school mental health.

Nadera highlighted the importance of school mental health. She said, “About half of mental health disorders begin by the age of 14. If we do not address them immediately, we see full-blown mental health problems by 20 or 25.”

Some common mental health problems among youth are feelings of depression, anxiety and problems with social interaction.

“We need to protect the mental health capital of this country. The school is a defined catchment area for this,” she added.

She has also served as Acting Executive Director of the Natasha Gouldbourn Foundation (NGF) from August 2013 to January 2014, where she led and managed the organization according to its strategic direction in the area of suicide prevention.

The NGF, according to its website, seeks to “work to promote a healthier society of Filipinos through the use of positive and preventive activities that will focus on mental health wellness for all.”

She was also a short-term consultant for mental health and psychosocial support for the Office of the World Health Organization (WHO) Representative in the Philippines from January 2014 to June 2015, where she provided her expertise in supporting post-Typhoon Haiyan reconstruction and rehabilitation efforts with regards to public mental health.

“Marami pa. Countless,” she said, describing the number of stories.

There’s no question, then, as to why she chose to work as the UHS’s resident psychiatrist.

Nadera’s hours at the UHS are Mondays and Tuesdays from 8 a.m. to 12 p.m., and Wednesdays to Fridays from 1 to  5 p.m. Her clinic can be found in the UHS at the Public Health Unit.—Photo courtesy of Dr. Dinah Palmera P. Nadera