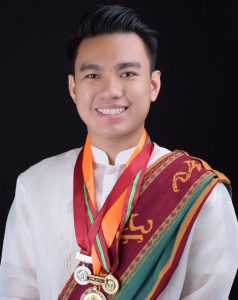 (SEPT. 9)—UP Diliman ranked first among the top performing schools (those who fielded 25 or more examinees and with at least 85% passing percentage) in the August 2019 Registered Electrical Engineer Licensure Examination, with all 33 of its examinees passing on their first try.

Jake Michael Canta Cruz, a graduate of the College of Engineering Electrical and Electronics Engineering Institute, placed 7th in the with a 91.30 rating.

UPD has garnered 100 percent passing rate in these examinations since 2009, with 2019 having the most number of examinees. The last time UPD placed in the top 10 was in April 2017 while the last topnotcher was in September 2015.—Anna Regidor, image from Cruz’ Facebook page