(SEPT. 16) – The UP Diliman Institute of Biology (UPD-IB) in a statement on Sept. 11 called for a halt in the release of invasive species. 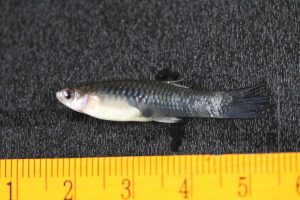 Last August, the National Integrated Fisheries Technology Development Center-Bureau of Fisheries and Aquatic Resources (NIFTDC-BFAR) and officials of Barangay Old Balara in Quezon City released some 6,000 mosquitofish and at least 1,000 cane toads or bullfrogs, as counter measures against the dengue outbreak.

The measures were made following the Department of Health’s declaration of a national dengue epidemic due to more than 140,000 dengue cases recorded from January to July this year. This was 98 percent higher than last year’s January to July record of dengue cases.

UPD-IB however, said the measures taken were a “recipe for ecological disaster.” Mosquitofish and cane toad are invasive alien species (IAS) or “non-native plants and animals and other organisms that reproduce and spread fast” which may cause environmental harm and adversely affect human health. The Institute mentioned that a 2019 study of the International Union for the Conservation of Nature (IUCN) found IAS as one of the top causes of biodiversity loss and the second most common cause of species extinctions worldwide. 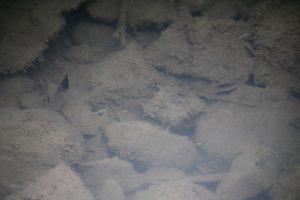 In the “Philippine Journal of Science” (Seale 1917) that UPD-IB cited, mosquitofish was found to be an effective predator of fish larvae in Hawaii. However, UPD-IB said it did not study the effectiveness of mosquitofish under Philippine conditions, nor did it weigh on the negative impacts of introducing mosquitofish to Philippine aquatic ecosystems and biodiversity.

“Are mosquitofish effective predator of mosquito larvae? The short answer based on many publications to date is NO. The mosquitofish is not the most effective predator of mosquito larvae (Rupp 1996; Pyke 2005; Pyke 2008). It is an opportunistic predator of insects, invertebrates and plankton. It is also an aggressively competitive fish, killing and injuring smaller fishes and other aquatic vertebrate larvae that overlap with their feeding grounds (Meffe 1985; Pyke 2005). Because of its broad diet and ability to outcompete many fish, invertebrate, vertebrate larvae, the negative impacts of introduced mosquitofish on native fauna is much greater than its intended use as mosquito control agent (Rupp 1996),” the IB statement read. “To date, the mosquitofish is counted as one of the 100 worst invasive species globally (Polverino et al. 2013). It is known to alter ecosystems (Hurlbert et al. 1972) and are implicated in the decline of fish species and more than 10 species of frogs in Australia (Gomon and Bray 2019). . . Other exotic fishes introduced to the Philippines for mosquito control such as the guppy species Poecilia reticulata, P. latipinna, and P. sphenops have similar adverse effects on the environment (El-Sabaawi et al. 2016; Servick 2017).” 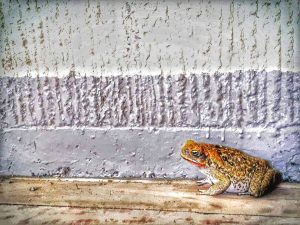 UPD-IB said the release of cane toads or bullfrog (locally known as baki or kamprag) was an ineffective measure in curbing mosquito populations. The Institute cited the study of Ryan Hilgris in 2001, which categorized cane toads as poisonous in all its life stages: from egg, tadpole, froglet to adult because of its bufotoxin secretion.

According to britannica.com, Bufotoxin is a moderately potent poison secreted in the skin of many anuran amphibians especially the typical toads.

The cane toads also prey on and outcompetes native amphibians and reptiles for food and breeding sites and also cause the decline of local predators such as snakes and lizards.

“It can cause illness and death in domestic animals like dogs and cats that come into contact with it. Human fatalities have even been recorded following ingestion of the eggs or adults (Invasive Species Specialist Group, 2006).”

UPD-IB cited a provision in the Republic Act 9147 or the Wildlife Resources Conservation and Protection Act of 2001, which state that before any introduction of invasive species, there must be a careful study of the bioecology, socioeconomy and related aspects of the area where the invasive species will be introduced.