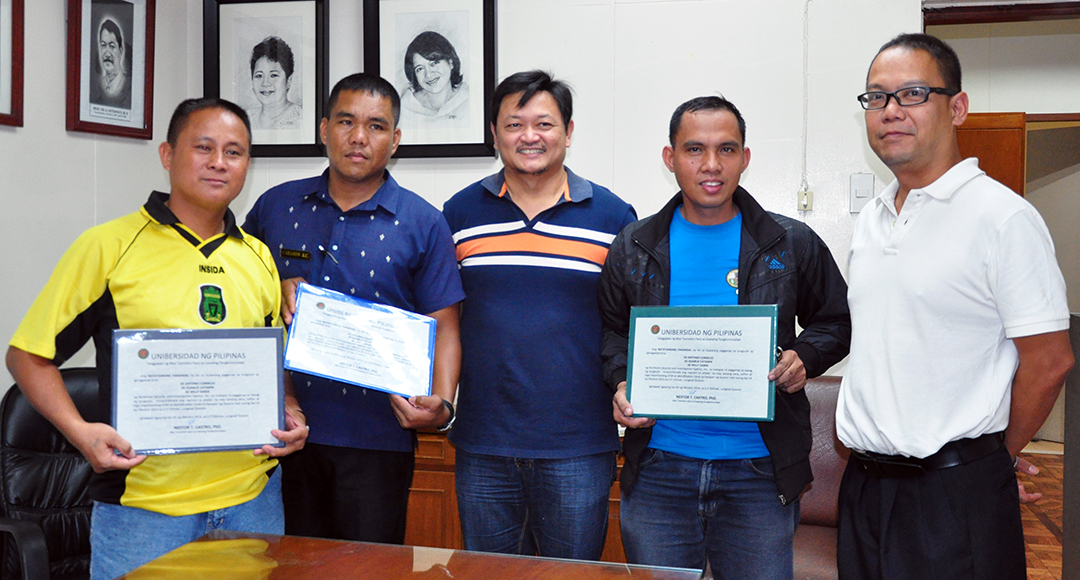 By Anna Regidor, image by Leonardo A. Reyes

(NOV. 26)—Three security guards stationed at Quezon Hall were commended on Nov. 6 for returning a wallet they found on Oct. 14 near the Oblation.

In the afternoon of Oct. 14, Catamin, Antonio and Sande were manning their posts at Quezon Hall when they spotted a wallet near the Oblation.

The wallet contained P20,400 in cash, a mobile phone and ATM cards. Catamin said the owner was a UP Manila alumna visiting the UPD campus.

He added that they set aside the wallet and filed an incident report with their supervisors. The owner went back to the Oblation Plaza later that afternoon, looking for the wallet and was relieved when the three SGs returned it to her.