UP sweeps Ateneo in opener 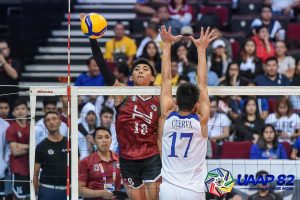 The Fighting Maroons dominated and took full control of the game with its quick plays in the middle and drew solid performances from rookies Louis Gamban and John Lomibao. 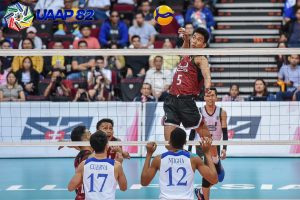 Gamban, the rookie out of University of Perpetual Help, wowed the crowd with his leaping ability and powerful attacks. His swag after each point drew wild cheers from the spectators. Gamban scored four of the Fighting Maroons’ last five points in the final set, but it was Ruskin Ijiran’s quick attack that sealed the win for UP.

UP will try to notch its second win when it faces the University of the East on Mar. 7, Saturday, 10 a.m. also at the MOA. — Bino Gamba, photo courtesy to UAAP 82