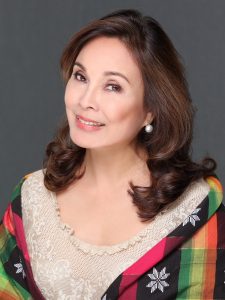 (JUN. 21)— The University of the Philippines (UP) will confer an honorary Doctor of Laws degree on Senator Loren Regina Bautista Legarda at UP Diliman’s 107th General Commencement Exercises on June 24, 7 a.m. at the University Amphitheater.

On her third term as a senator, Legarda is currently the chairperson of the senate committees on Finance, Climate Change and Foreign Relations.

She is the principal sponsor and author of a number of laws, some of which are the Philippine Climate Change Act, Ecological Waste Management Act, Magna Carta for Micro, Small and Medium Enterprises, the National Health Insurance Act of 2013 and the Universal Newborn Screening and Intervention Act.

She was appointed as Global Champion for Resilience of the United Nations International Strategy for Disaster Reduction in 2015 and the National Adaptation Plan Champion of the UN Framework Convention on Climate Change in 2017.