It depends on one’s situation, state of hunger, and country. This was the observation of Filipino playwright Layeta P. Bucoy during the run in Manila and Melbourne in 2010 to 2011 of “El Galeon de Simeon,” a play she wrote when the National Commission on Culture and the Arts commissioned her in 2010 to write a play for the galleon trade. 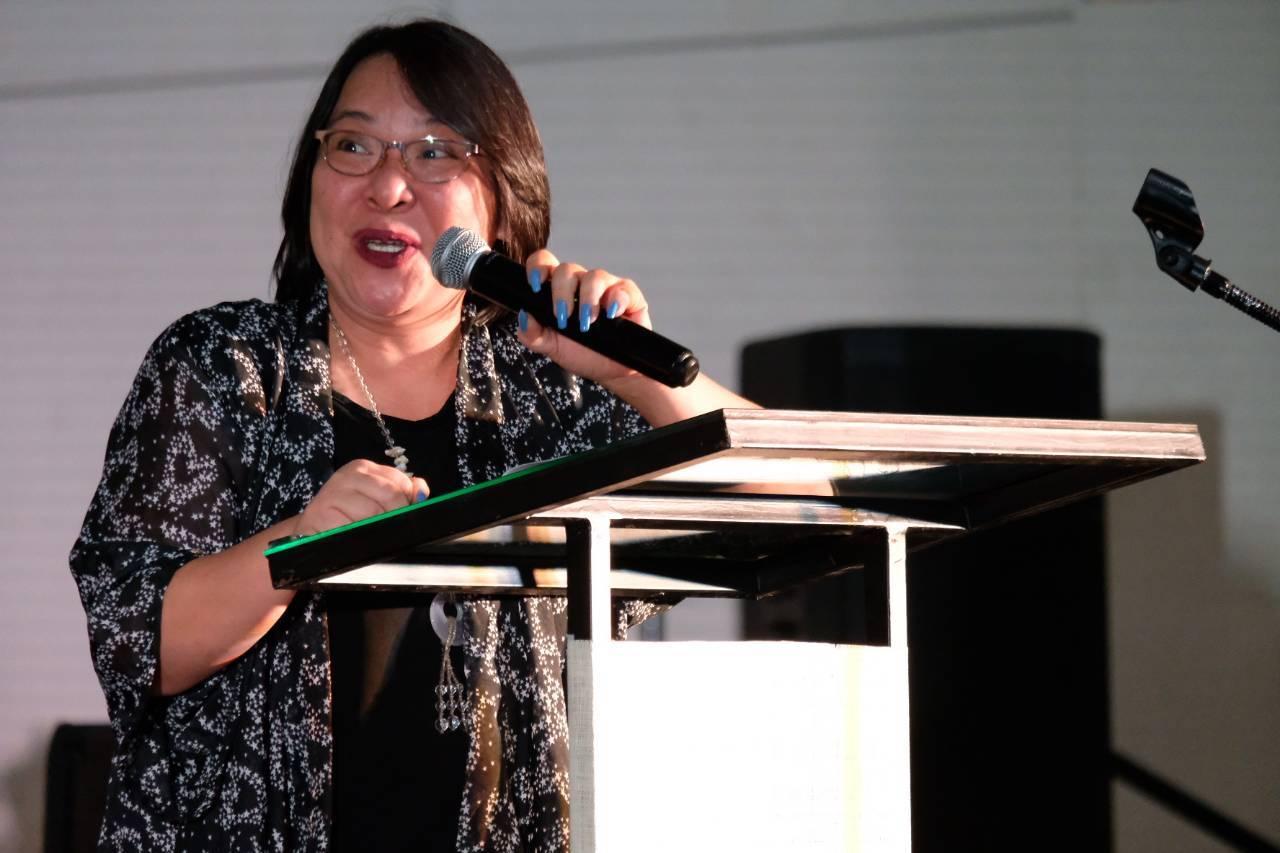 She shared her observation during the plenary session “Practices of Embodiment and Pedagogy” at the forum “Rhetoric of Creative Partnership: Conversations on Cross-cultural Artistic Exchanges.”

“The play was first shown during the Galleon Trade Exhibit in 2010 when a replica of the Galleon Andalucia docked at the Manila port,” Bucoy said.

The play, directed by Armando “Tuxqs” T. Rutaquio Jr. in its Philippine tour, is a monodrama about four characters performed by Shamaine Buencamino. It was based on the researches of historian professors of the University of the Philippines and De La Salle University.

“El Galeon de Simeon” is a story of a “polista,” a forced laborer during the galleon trade in the 1560s to 1810s, who was receiving a weekly two-kilo rice allowance. His wife and three children (an infant, a 7-year-old and an 8-year-old) weekly get the rice from the shipyard where he was working, and had to live with the two kilos of rice.

“Then one day, when the mother and three children went to the shipyard, he cannot be found. Shocked with such news and the possibility of her and her children dying from hunger, she chose to throw the baby off a cliff, then she manipulated her older children into jumping off the cliff with her,” Bucoy narrated. 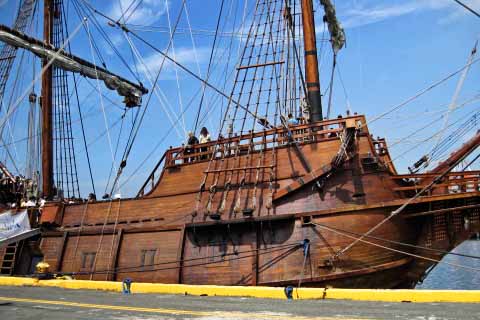 For Filipinos, though the end is tragic, “they are very much familiar with hunger, even prolonged hunger, and the mother’s action is understandable,” Bucoy said.

Viewed by a foreign audience, the reaction was different.

When shown at the 2nd Asian Playwrights Conference in Melbourne, Australia in 2011, Rutaquio could not join Bucoy so an Australian playwright, Fiona Miller, directed the play.

The Australian audience, mostly the youth, could not comprehend how hunger leads a person to suicide.

“The young audience said the wife just needed to find something to eat or just look for a job or demand the government to give her a job,” Bucoy quoted the audience.

Miller explained that the young Australian audience do have a concept of hunger but “prolonged hunger is something foreign to them because their government provided them jobs upon graduation, even food when needed. I had to explain that during the galleon trade, the Philippines is a colonized country and we had no freedom and benefits enjoyed by free countries. We depend on what the government provided us,” Bucoy continued.

It was after the discussion that the Australian audience came to understand the sufferings of the “polistas” that led some of them and their families to commit suicide. “The Filipinos were abused compared to their counterparts in Spain and Mexico who were receiving five to 10 times more than what the Filipinos were receiving. They were also working under harsh conditions,” Bucoy said.

Such collaborations were one of the embodiments of the “Rhetoric” forum because “these endeavors help persons to understand and appreciate the experience, history and culture of other nations,” Bucoy said.

The forum aims to provide a venue for a dialogue on creative and artistic collaboration in the performing arts. The gathering celebrates the role of artists as cultural producers by allowing practitioners to directly engage audiences and communities.

Bucoy and Rutaquio were co-presentors at the forum plenary session held on Nov. 14 at the UP Asian Center. – Benito V. Sanvictores Jr.