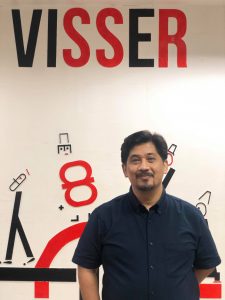 Tapang is Professor 3 at the National Institute of Physics (NIP). His research interests are in sensors, optics and signal processing, and networks and information. He earned his BS, MS and PhD in Physics from UPD in 1996, 1999 and 2002, respectively. He was a Research Visitor at the Computational and Nonlinear Quantum Optics Group, University of Strathclyde, Glasgow, Scotland from 2003-2004.

One of Tapang’s astounding research project is the VISSER (Versatile Instrumentation System for Science Education and Research), a low-cost and portable handheld science kit that allows student to conduct 120 experiments in biology, chemistry, engineering, environmental science and physics. Endorsed by the Department of Education, VISSER “demonstrated that scientific experiments reinforced the students’ understanding of scientific concepts taught in the classrooms.”

Tapang, who concurrently serves as president of the Samahang Pisika ng Pilipinas, is a recipient of various awards and citations, among them the 2016 UK Newton Fund Leaders in Innovation Fellow, UP 2011 Centennial Professorial Chair (One UP) Award, 2004 Regional and National Winner of CHED REPUBLICA Award, 2004 Gawad Tsanselor Pinakamahusay na Nilathalang Pananaliksik (Science and Technology Cluster) and the UP International Publications Award (2002 and 2003). —Bino Gamba, photo by Giovanni A. Tapang.