(JAN. 6)—At a time when government and private agencies think it is okay to slash support for the arts, theatre people continue their craft and mission.

Playwright and theatre practitioner Rodolfo “Rody” Vera discussed this in his lecture “Problematizing Sustainability in Theatre” at the forum “Rhetoric of Creative Partnership: Conversations on Cross-cultural Artistic Exchanges.” 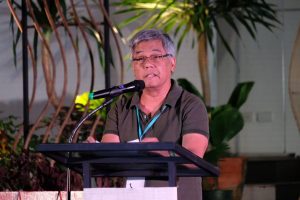 Vera speaking at the forum

Vera said theatre is at a time when it gets the least funding priority as sustainable development programs are more geared towards the environment.

“I first heard the word sustainability in 1993. This was the challenge to us newly-elected leaders of the Philippine Educational Theater Association (PETA) after all our former leaders passed the baton to us,” Vera said.

Before their time in PETA, funding support came mainly from development agencies and institutions, largely from Europe and Canada. “While they continue to support the programs of the theater company, they were beginning to ask the much dreaded question, ‘How does PETA intend to survive beyond our funding?’” Vera continued. 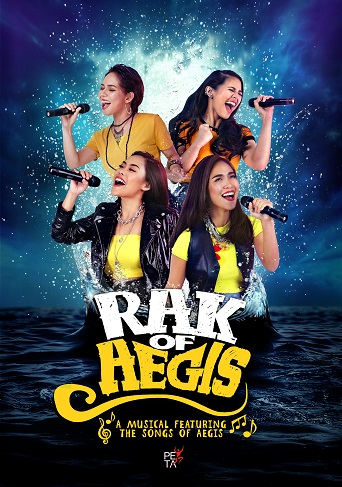 Through funding support, PETA conducted workshops and theater organizing in the 1980s. In 1986, PETA helped set-up a nationwide alliance of theatre and cultural groups. From the late 1980s to early 1990s, PETA envisioned to build an Institute of People’s Theatre which aims to serve the Filipino cultural worker and will eventually widen the opportunities of theatre and cultural work.

However, in 2000, PETA shifted its major target from developing the Institute to establishing a theater center.

“Much of this, I believe was influenced by the idea of sustainability,” Vera said.

In 1993, one of PETA’s business advisers recommended the company think more of its financial status and less of its advocacies.

“He said, ‘You might have to close your eyes for a while and think less of your advocacies and think more of how your products can earn,’” Vera narrated.

PETA then went on a paradigm shift. They started to think about their productions and why some of these flopped while others only have broken-even. 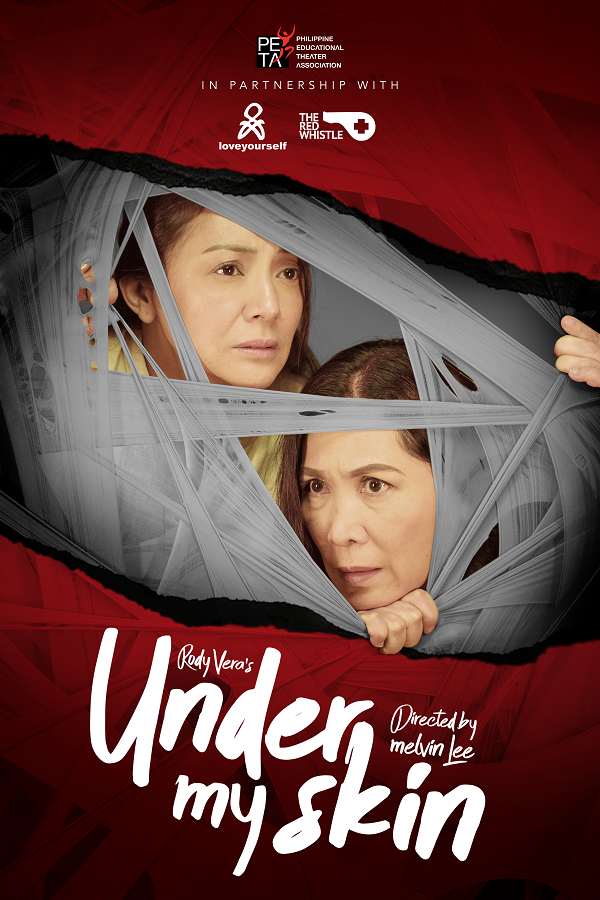 “There were instances when funding institutions or donors had agenda of their own which were contrary to PETA’s basic principles of freedom and truth, and I must say, PETA has maintained its core integrity intact,” Vera said.

“Even as an individual artist, this question of sustainability always confronts us. Who do I work with or work for? How much of my own political position will be compromised? Where do I draw the line? Do we close our eyes to theater advocacies, our principles?” Vera said. “These are the conditions we work with. Expression is a new subject to compromise. Artistic and intellectual freedom are constantly confronted.”

Vera has written more than 70 plays and won numerous awards, notably the Carlos Palanca Memorial Awards for Literature (Hall of Fame). He is the current head of the Writer’s Bloc and the co-founder of the Virgin Labfest, an annual theatre festival of new works for the stage.

The forum, held from Nov. 14 to 15 at the UP Asian Center, aims to provide a venue for a dialogue on creative and artistic collaboration in the performing arts. The gathering celebrates the role of artists as cultural producers by allowing practitioners to directly engage audiences and communities. – Benito V. Sanvictores Jr.; photo courtesy of the FB page of the UP Department of Speech Communication and Theatre Arts; and play posters courtesy of PETA