(MAY 16)—Prof. Arminda V. Santiago, PhD was affirmed as the 9th dean of the College of Mass Communication (CMC) by UP Diliman (UPD) Chancellor Michael L. Tan as on May 14 at the UP Film Studio. 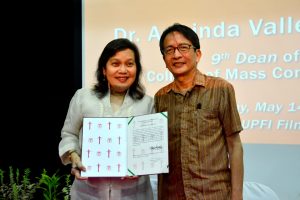 In her affirmation message, Santiago said the CMC’s mission and vision made her appreciate and look at the college “in four areas, namely: 1) as the academic leader in communication and media studies; 2) meeting the challenge of the fourth industrial revolution and education; 3) continuing to care for CMC constituents, and 4) fortifying the public responsiveness of the college.”

“The college should be indefatigable in reviewing and improving its academic programs and curricula as well as in creating programs that will further enhance the capabilities of its constituents in the arena of research and creative endeavors,” she said.

Santiago also mentioned that the CMC envisions a society that is egalitarian, participative and progressive through the development of media that is socially responsible, critical and vigilant; liberative and transformative, and free and independent.

To fulfill this vision, she said, “The UPCMC shall: 1) pursue excellence in transformative media studies and cultural works; the generation of relevant knowledge, and the development of professionalism among faculty, students and communication and media practitioners; 2) develop and strengthen linkages with different sectors and media literacy and people empowerment, and 3) provide a critical voice that promotes and safeguards the freedom and independence of responsibility of media.”

Furthermore, Santiago said “The capacity of the college to render public service has to be fortified. We should not get tired of doing public service. The public of service is in the form of media literacy programs for teachers and children, training people to communicate science and technology, and increasing the capacities of people to look critically at the events around them, just to mention a few.” 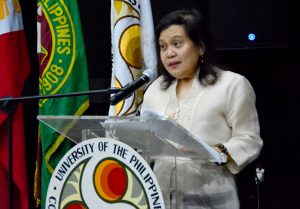 Santiago earned both her master’s degree and PhD in Communication at UP Diliman (UPD) in 1991 and 2006, respectively. In 1993, she obtained an MA in Radio, TV, Film at the University of North Texas, USA.

She was formerly the CMC Graduate Studies Department chair. She was the issue editor (Volume 8 Issue 2, August 2011, Youth and Media) of Plaridel Journal, a Philippine Journal of Communication, Media, and Society of the CMC. 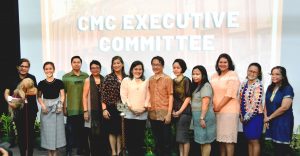 Meanwhile, Vice President for Public Affairs and former CMC dean Elena E. Pernia expressed her gratitude to the college, the UP System and UPD administration, students, faculty, staff who supported her during her term.

Pernia said “Turning over from past to current, in our case, from a previous dean to a new one, signals change, yet continuity. Change and continuity both contribute to a strong community and an even stronger college.”

Santiago was introduced by UP Film Institute Professor Emeritus Grace J. Alfonso, who has known her for the past 38 years, first as her professor in the 1980s and eventually as a colleague and friend.

Alfonso described Santiago as “a woman who knows the beat of the CMC and UP, knowledgeable of the best, the milestones of achievements and the challenges as well that goes through and goes with the institution’s growth because she is a full homegrown UP person.” 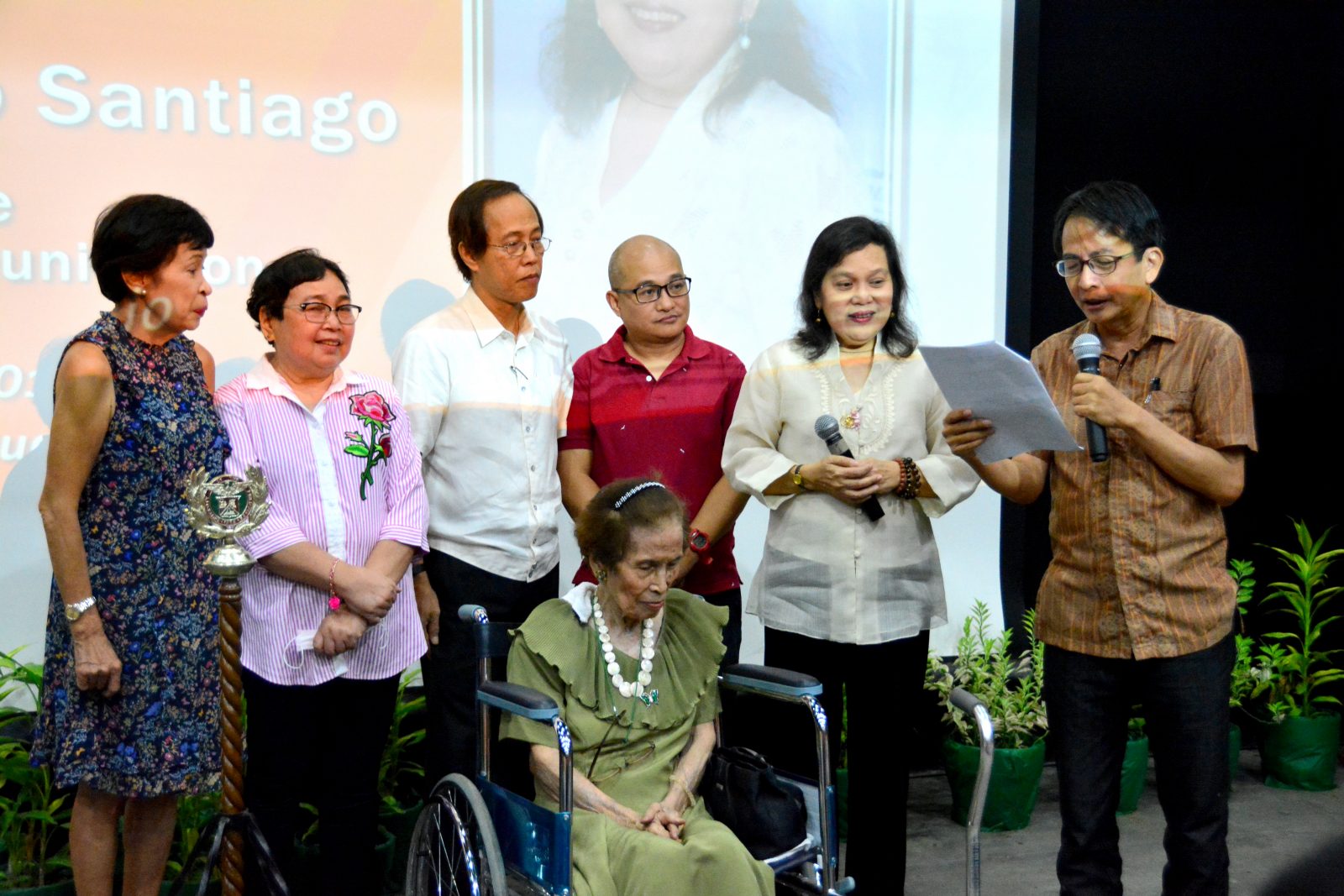 Santiago with her family

Pinky Aseron, CMC Department of Broadcast Communication senior lecturer, served as the emcee while the intermission number was provided by Alexandra Zoila Ulanday. A video presentation in honor of Santiago was also shown during the ceremony. —Haidee C. Pineda, images by Jacelle Isha Bonus