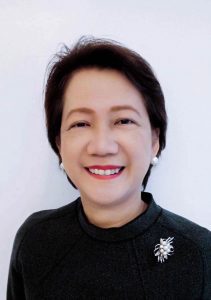 The NSTW Awards recognizes the contribution of science and technology to the country’s development and is meant to draw support from public and private institutions for its sustainable development.

The Executive Director of the Philippine Genome Center (PGC), Saloma received the Outstanding Science Administrator award (Dioscoro L. Umali Medal) for her proactive management approach, extensive experience, and unwavering mentorship of young scientists which paved for the creation of PGC’s Satellite Facilities in UP Visayas and Mindanao.

Saloma has also generated many research grants and projects which capitalized on building the capacity and capability of researchers “to undertake genomics research in health, agriculture, fisheries, biodiversity, forensics and ethnicity.”

A professor and Principal Investigator and Laboratory Head of the NIMBB Laboratory of Molecular and Cell Biology, Saloma is one of the pioneers of the PGC executive committee and served as the first program director of the PGC DNA Sequencing Core Facility from 2010 to 2016. 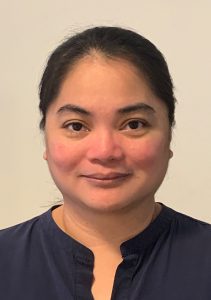 Meanwhile, Gotanco is the recipient of the Outstanding Research and Development Award for Basic Research (Eduardo A. Quisumbing Medal).  Gotanco, with co-author Andrew F. Torres, was cited for their outstanding scientific research “Rarity of the Common Coral Pocilloporadamicornis in the Western Philippine Archipelago,”a tech-based approach to correctly identify corals species and its actual value for the protection of the marine environment.

Gotanco’s citation reads, “The research highlights the need to revisit the distributional limits of the extensively studied coral species and the necessity of using genetic information for taxonomic identification where morphological identification is unreliable.”

Gotanco is an Associate Professor at The MSI.  She is also Deputy Director for Instruction and Principal Investigator at The MSI Marine Molecular Ecology and Evolution Laboratory.

Gotanco has numerous scientific publications on the application of molecular genetics approaches to ecology, population genetics, biogeography and evolution of marine species.  She is a NAST 2010 Outstanding Young Scientist, the 2004 UPD Gawad Chanselor for Outstanding REPS, and has received the 2002, 2003 and 2004 UP International Publication Awards.