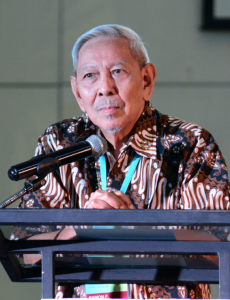 (NOV. 21)— One of the most significant characteristics of Asian expressive traditions is the concept of integration, National Artist for Music Ramon P. Santos said.

Santos was the closing keynote speaker at the “Rhetoric of Creative Partnership: Conversations on Cross-cultural Exchanges” (Rhetoric), a gathering of performing artists from different countries in Asia on Nov. 15.

“In this integrative forms, different artistic categories are merged in different ways of expressing a variety of meanings, concepts and philosophical constructs,” he said. 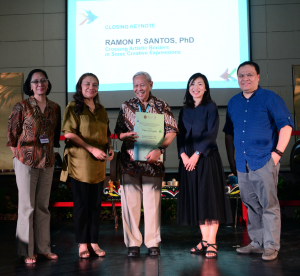 Santos also said, “These integration varies in scope in terms of participation of the different elements that produced a unified whole with its own aesthetic and hermeneutic focus. Such collaboration can involve sound, poetry, movement and dance, theatre and style, as well as community, time, nature and the environment.”

“When the concept of art in separate disciplinal categories such as music, dance, architecture, literature, etc. was adopted outside Europe, countless expressive forms from non-European societies have suffered a short-end of the comparative analysis,” he said.

Although ancient traditions have caught the interest of the “intellectual world” since the turn of the century, Santos said, “these were mostly treated as objects and static specimens valued for scientific inquiry on history and of evolution.”

Moreover, “the artistic, theoretical and cultural significance were usually assessed according to Western paradigms resulting in their marginalization, not only in terms of definition, but also in their relative value as socio-cultural phenomenon,” he said. 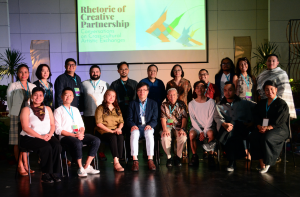 In recent years, Santos said indigenous and folk practices as cultural emblems and symbols of community and national identities are beginning to gain recognition all over the world.

He added that non-Western cultures are recognized “to possess their own worldview, cosmology, theoretical constructs and conceptual foundations. They represent a wide variety of social practices that are performed for the different life cycle events as well as formal and informal expressions that are done to enhance the different facets of life in society.” 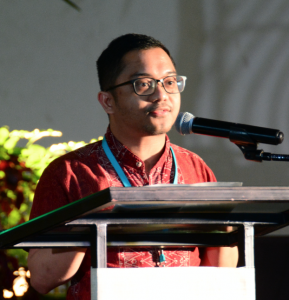 The National Artist for Music is also a University Professor Emeritus at UPD. He is a composer, musicologist, educator and cultural administrator who trained in composition and conducting at UP. He earned his Master of Music and PhD degrees Indiana University and State University of New York at Buffalo, respectively. He was a full fellow at the Ferienkurse fϋr Neue Musik in Darmstadt and a visiting scholar in Ethnomusicology at the University of Illinois.

A video of the closing keynote lecture may be viewed at DILC’s YouTube Channel (URL: https://youtu.be/hZWr0Iiy_w8?t=23753). —Haidee C. Pineda, images by Jefferson Villacruz