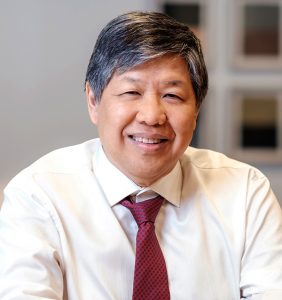 (JUL. 9) ̶ Prof. Emmanuel S. de Dios, PhD is Oscar M. Lopez Sterling Professor of Law and Economics, University of the Philippines School of Economics (UPSE) since June 2008 and Coordinator of the Institute to Study Inequality and Poverty (ISIP) of the Philippine Center for Economic Development (PCED) since November 2010.

He also served in the government and private organizations: Trustee (1989-1992) and Vice President (1992-1993) of the Freedom from Debt Coalition; Technical Consultant of the Presidential Commission to Fight Poverty (February-October 1993); Executive Director of the ASEAN Free Trade Area Advisory Commission (July 1993-January 1994); Research Fellow of Pulse Asia Inc. (2001-2006); Chair of the Technical Committee for Economics, Sub-panel on Humanities, Social Sciences and Communications of the Commission on Higher Education (1995-2009); and Member (pro bono) of the Final Drafting Committee for the “2010-2016 Medium-Term Philippine Development Plan” of the National Economic and Development Authority (January-May 2011).

De Dios is the President of the Human Development Network (Philippines/HDN Philippines), a non-stock, non-profit organization of development practitioners, since September 2012. He is also Independent Director of the Board of Directors of ABS-CBN Corporation since April 2013.

His fields of interests are institutions and economic development, history of economic thought, international economics and individual choice theory.

De Dios also authored and co-authored several books like “Forms and functions: a guide to technical writing in economics” (2004), “The economic crisis and its impact on labour” (1999) and “If we’re so smart, why aren’t we rich? Essays on education and economic success” (1995). He also wrote several discussion papers like “The Use of MOOCs as a Potential Avenue to Modernize Learning in the Philippines” (2015) and “Just how good is unemployment as a measure of welfare? A policy note” (2014). MOOC stands for Massive Open Online Course.

Among De Dios’s several awards are the Outstanding Book Award from the Department of Science and Technology–National Academy of Science and Technology (DOST-NAST) in 2007 and 2011, Centennial Fellow from UP (2007-2008), Gawad Chanselor Natatanging Guro from UPD (2006), Best Book in English Award from the Catholic Mass Media Awards (1984) and Outstanding Young Scientist Award for Economics from DOST-NAST (1993).–Benito V. Sanvictores Jr., photo courtesy of PIDS