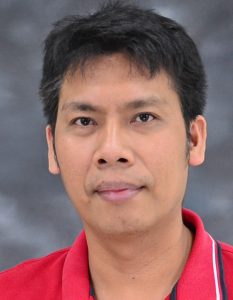 A research paper that went against the present consensus regarding the decoherence phenomenon in quantum mechanics has been selected as one of the best papers of 2016 and is part of the booklet Highlights of 2016 published by the Euro Physics Letter (EPL).

UP National Institute of Physics (NIP) professor Dr. Eric A. Galapon’s study “Internal one degree of freedom is sufficient enough to induce exact decoherence,” addresses the fundamental question ‘how do we explain our everyday experiences based on quantum mechanics?’ Quantum mechanics is the fundamental physics governing the universe.

Galapon is the first physicist in the country to have his paper included in the prestigious EPL Highlights booklet, which is a compilation of the best papers published the previous year. EPL is a peer-reviewed journal that publishes original, high-quality letters in all areas of physics, ranging from condensed matter topics and interdisciplinary research to astrophysics, geophysics, plasma and fusion sciences, including those with application potential.

Galapon said his paper was very controversial because it is something that the physics community did not expect at all.

“In quantum mechanics, you are simultaneously present here and at your home, a cat or any animal can be alive and dead at the same time and we experience these because we are immense or we are in the presence of an environment. However, the logic in quantum mechanics does not reflect in our everyday experiences. We do not see an animal that is dead and alive at the same time.  I am not arguing or claiming with words; instead my claim is backed up by good mathematics,”  explained Galapon.

Galapon teaches quantum physics and mathematical physics at the NIP and was named Outstanding Young Scientist by the National Academy of Science and Technology—Philippines in 2010.