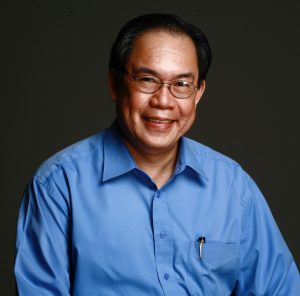 A new professorial chair has been established at the Department of English and Comparative Literature at the University of the Philippines-Diliman in honor of one of the University’s and country’s most accomplished writers.

At its 1323rd meeting last December 16, the UP Board of Regents approved the creation of the One UP-Jose Yap Dalisay Jr. Professorial Chair in Creative Writing, to be awarded once every three years to a deserving professor (an assistant professor at the minimum) who has distinguished himself or herself in creative writing and its teaching.

The awardee will receive a grant of PHP 120,000 per year for a three-year period, and will be selected based on criteria set for One UP professorial chairs and by a committee of the DECL.

The chair will be funded by a donation of PHP 4.15 million contributed by a donor based in the United States, who wishes to remain anonymous and to be identified only as “a longtime friend of the Philippines.” The donation was coursed through the Friends of the UP Foundation in America (FUPFA), with the assistance of the Office of the Vice President for Academic Affairs and the UP Foundation.

Dr. Dalisay is a Professor 12 at the DECL and the Director of the UP Institute of Creative Writing (UPICW). He is an Artist III under the UP Arts Productivity System, twice a Gawad Chanselor Natatanging Guro awardee, and a Concepcion Dadufalza awardee. The author of over 30 books of fiction and nonfiction, he has been a Fulbright, Hawthornden, British Council, Rockefeller, David TK Wong, Civitella Ranieri, and UCSD Pacific Leadership Fellow. He won a TOYM Award for creative writing in 1993, and was named to the CCP Centennial Honors List in 1998 and the Carlos Palanca Hall of Fame in 2000. He has served as chair of the DECL and Vice President for Public Affairs of the UP System.