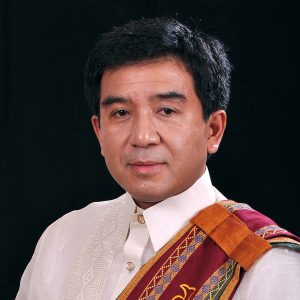 The University of the Philippines Diliman is jubilant in announcing that the Board of Regents has selected a new chancellor, Dr. Fidel Nemenzo, a recognized scholar and academic leader.  Dr. Nemenzo will serve for three years, succeeding Dr. Michael Lim Tan, whose term ends on March 1, 2020.

Dr. Nemenzo is currently the Vice Chancellor for Research and Development, and a professor at the Institute of Mathematics.

In a multisectoral forum held last month, Dr. Nemenzo explained he is a “batang UP”, having grown up in and receiving his elementary, high school and undergraduate education in UP Diliman. His DSc is from Sophia University in Tokyo.

The current search process was the most difficult in UP Diliman’s history, at a time of protests against political appointments of one dean and one director and attempts to bring the military and police into the campus.

Throughout the search process, Dr. Nemenzo was clearly the favored one in forums and in online social media platforms.  The UP Diliman University Student Council issued a statement of support, noting that he “proved to us that more than being a leader, he is capable of being a follower that values democracy, dialogue and the masses”.  Faculty and alumni also sent the Search Committee letters of support, noting his administrative experience and academic achievements.

The search process was marred by red-baiting (accusations that Dr. Nemenzo was an activist) and misinformation up to the eve of the Board of Regents’ meeting.

Dr. Michael Tan, the current chancellor, says he is proud that the faculty, students and staff listened to his call during a multisectoral forum last month to maintain the moral high ground and not to imitate traditional politics with its character assassination and lies.

Fearing another political appointment, there was an unprecedented multisectoral mobilization at Quezon Hall during the BOR meeting, calling on the regents to defend academic freedom and the integrity of the search process.

The final vote was 9 for Nemenzo, 2 abstentions and no votes for his opponent.