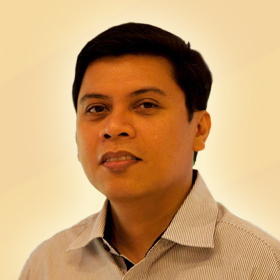 (SEPT. 8)—The National Commission for Culture and the Arts (NCCA) and the Department of Foreign Affairs (DFA), in partnership with the Office of Senator Loren Legarda, announced the selection of Patrick Flores’ curatorial proposal titled Tie A String Around the World as the official Philippine participation at the 56th Venice Art Biennale 2015.

Flores’ curatorial concept is a poetic and political reflection on the history of world making, the links between geography and politics, and the notions of nation, territory, and archipelago.  It foregrounds the extensities of the Philippines, a foil perhaps to the more aggressive instincts of expansion around us — in the past and in “present passing.”

Tie A String Around the World revolves around Manuel Conde’s 1950 filmGenghis Khan, co-written and designed by Carlos Francisco, screened at the Museum of Modern Art and at the Venice Film Festival in 1952, where it competed with the films of Chaplin, Clement, Fellini, Bergman, and Mizoguchi. The said film tells the story of the young Genghis Khan, his passage into the life of a warrior. It ends with the conqueror, perched on a mountain, casting his magisterial gaze over his dominion and promising his woman to “tie a string around the world” and lay it at her feet. This is a tale of the “king of kings” and the formation of empires that have strung the islands of the world. Genghis Khan’s empire stretched from the Pacific to Europe, the largest contiguous realm ever.

The newly restored film Genghis Khan will be exhibited at the Pavilion and will be positioned in conversation with the contemporary art projects of intermedia artist Jose Tence Ruiz and filmmaker Mariano Montelibano III. The Pavilion seeks to initiate discussion on the history of the sea and its relationship with the current world, claims to patrimony, and the struggle of nation-states over vast and intensely contested nature. It locates the Philippines in the world through its deep ties to ancient cultures, its precocious modern art, and the critical responses of contemporary art to present predicaments. Through the work of artists across generations, this history is told as a history of art and a history of the world.

The panel of jurors was impressed with the quality of most of the 16 submissions. They thought that most of the proposals were intellectually remarkable.

After a 2-day deliberation, the discussions came down to three strong proposals. Ultimately, the jury deemed Flores’ proposal the most fitting for the country’s return to contemporary art world’s first and oldest biennale after a 50-year hiatus.

Flores is Professor at the University of the Philippines Department of Art Studies and Curator of the Vargas Museum. He is Adjunct Curator of the National Art Gallery, Singapore, a member of the Guggenheim Museum’s Asian Art Council, and a guest scholar of the Getty Research Institute in 2014.

The Venice Art Biennale will open on May 9 and will run until November 22, 2015.—  http://www.ncca.gov.ph/ National Commission for Culture and the Arts