(JUL.14)—Eight faculty members are now at the helm of the executive offices under the Office of the Chancellor. 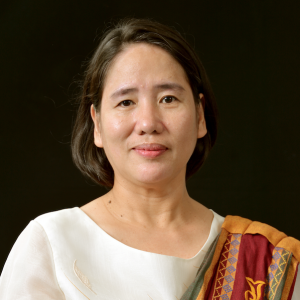 Academic Affairs.  Payongayong’s appointment as Vice Chancellor for Academic Affairs was approved by the UP Board of Regents at its 1351st Meeting on May 21, 2020. She assumed the post on Apr. 1, and serves at the pleasure of the Chancellor.

Prior to her appointment, she was University Registrar since 2017 and Associate Dean for Academic Affairs at CSSP (2014-2017). 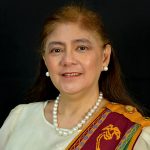 An associate professor at the Department of Industrial Engineering and Operations Research of the College of Engineering (COE), she handles senior project courses in Feasibility Studies and Total Systems Design. 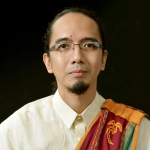 Research and Development. Campoamor’s appointment began in June 2020 and he will serve at the pleasure of the Chancellor.

Ranked Professor 5 at the Departamento ng Filipino at Panitikan ng Pilipinas (DFPP) of the College of Arts and Letters (CAL), Campoamor took post-doctoral studies at the Hitotsubashi University in Tokyo, Japan from 2016 to 2017. From the same university, he obtained a PhD in History (2009) where he specialized in wartime intellectual history and philosophy, propaganda studies and political collaboration, and an MA in History (wartime propaganda and ideology) in 2006.

He was Director of the OVCRD Research Dissemination Office from July 2014 to May 2020. He also served in the editorial boards of various academic journals either as editor-in-chief, managing editor or associate editor.

His professional affiliations include the Pambansang Samahan sa Wika [National Language Association], where he has been External Vice President since January 2012 and Sanggunian ng mga Unibersidad at Kolehiyo sa Filipino, SANGFIL [University and College Council on Language] where he serves as UP Representative, among others. 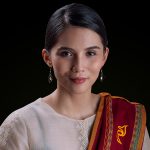 She was Associate Editor of the updated Cultural Center of the Philippines Encyclopedia of Philippine Art, vols. 1-3 from 2013-2016, and returned as Literary Editor for the digital edition in January 2020. While primarily a professor in Philippine Literature in English, she is also a multimedia practitioner involved in a range of interdisciplinary projects, the most recent as audio-visual director of the exhibit “Lupang Hinirang: Mga Kwento ng Pagsasalugar ng UP Diliman” (Feb. 15-Mar. 29, 2019, Bulwagan ng Dangal, UP Diliman); part of the curatorial team for “Scenes Reclaimed: CCP 50 x Cinemalaya 15” (Jul. 23-Sept. 24, 2019, Bulwagang Juan Luna, Cultural Center of the Philippines).

She has delivered papers in local and international conferences and published articles mostly around interdisciplinary themes of literature, visuality, performance, and media ethnography. 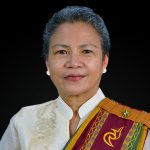 The former assistant secretary of the department of social welfare and development (dswd), she has a PhD in Education, Major in Anthropology/Sociology of Education from the College of Education at UPD in 2008; a Master in Community Development and Diploma in Community Organizing, both obtained from the CSWCD in 1993 and 1991, respectively. She earned an undergraduate degree in Chemical Engineering from the UP COE in 1980.

She received the UPD Centennial Professorial Chair in June 2016 and the CSWCD Service Award in February 2015.  Her latest research is “Community Education and Learning Tourism Destinations: Case of Maribojoc, Bohol,” co-authored with Mena. M., Gonzalo, R. & Obedicen, V. published in the “Philippine Journal of Social Development,” Vol. 12 in 2019.

She is currently a board member of the Assistance and Cooperation for Community Resilience and Development (ACCORD) and a regular member of the National Research Council of the Philippines (NRCP). 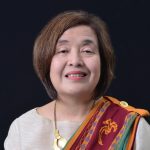 A professor of Interior Design at the Department of Clothing, Textile and Interior Design of the College of Home Economics (CHE), Florendo was director of the Business Concessions Office (BCO) from 2010 to Jun. 9, 2019.

She was conferred as Fellow of the Philippine Institute of Interior Designers in 2013 and was named Outstanding Professional of the Year in the field of interior design by the Professional Regulations Committee in 2014.

She is also a recipient of the UPD Centennial Professorial Chair (2015). 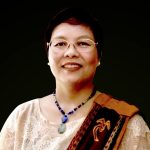 She is Associate Professor of the UPD College of Education (CE) where she also earned her PhD, Master in Educational Psychology and Bachelor in Elementary Education specializing in Social Studies.

Lusung-Oyzon was appointed University Registrar on Apr. 1, 2020 and will serve at the pleasure of the Chancellor.

She trained UPD faculty through the Office for the Advancement of Teaching and basic education or multi-grade teachers under the K-12 program.  She was also mentor to Japanese pre-service teachers who had their practicum at the UP Integrated School and was a visiting professor at Ehime University in Matsuyama, Japan in 2012 under the Japanese government’s Good Practice Program.

Prior to her post as University Registrar, Lusung-Oyzon was Director of the General Education Center of the Office of the Vice Chancellor for Academic Affairs from January 2019 to March 2020.

She was Director of the UPD Learning Resource Center from 2007 to 2011, and served CE in various administrative posts including College Secretary from 2013 to 2016 and Officer-in-Charge (Dean) from January to April 2016. 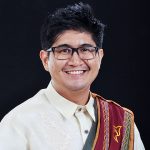 Information Office. The UPD Information Office Director since May 1, 2014, Tiatco is Professor 3 at the Department of Speech Communication and Theatre Arts of the College of Arts and Letters (CAL) and University Artist since Jan. 1, 2019.

Tiatco earned his PhD (Theatre Studies) from the National University Singapore in 2014 and his Master of Arts (Theatre Arts) from UPD-CAL in 2006.

He is author of numerous award-winning creative works, books, book chapters and journal articles, foremost of which are the National Book Award 2019 Best Book on Art, “Cosmopolitanism, Theatre and the Philippines: Performing Community in a World of Strangers” and the 2009 Carlos Palanca Memoria Award for Literature for a Full Length Play (3rd Prize), “Miss Dulce Extranjera o ang Paghahanap kay Miss B.”

He is also recognized internationally, among them as recipient of the Bursary Award of the International Federation for Theatre Research (IFTR) for which he was given Travel Grant from IFTR to attend conferences in Stockholm, Sweden (2016), Barcelona, Spain (2013) and Osaka, Japan (2011).

Tiatco has served UP in various capacities academically and administratively, among them as Officer-in-Charge/Acting Director of the UPD Office for Initiatives in Culture and Arts from Aug. 1, 2015 to Apr. 30, 2018 and Deputy Director of the UP System Information Office, (now Media and Public Relations Office) from Jun. 1, 2009 to Jan. 10, 2010.

Tiatco’s post as DIO Director was renewed on Mar. 1, 2020 and he serves at the pleasure of the Chancellor.