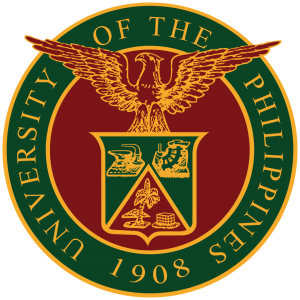 The University of the Philippines Diliman (UPD) is the biggest campus and the physical seat of the UP System (UPS) Administration.

UPD was formally established as an autonomous unit at the 976th meeting of the Board of Regents (BOR) on April 23, 1985. To date, it is the largest constituent university (CU) in terms of the number of
degree-granting academic units, student population, faculty and library resources.

UPD occupies 493 hectares of prime land in Quezon City, offering a comprehensive array of disciplines in the baccalaureate and post-baccalaureate levels. In 2013, UPD had 27 degree-granting units on campus offering academic programs in 376 major fields, with 72 programs at the doctoral level, 164 at the master’s and 140 at the undergraduate levels. In addition to the units in the main campus, UPD has extension programs in Pampanga and Olongapo City.

The College of Music and nine departments were declared Centers of Excellence by the Commission on Higher Education from May 2013 to May 2014. These departments are: English and Comparative Literature, Filipino at Panitikan ng Pilipinas, Linguistics, Psychology, Politcal Science, Anthropology, Communication Research, Journalism and Broadcast Communication.

The library resources of UPD are the largest in the country. As of Jun. 2014, book and non-book collections numbered 1,170,723 volumes. These include books, pamphlets, bound periodicals, theses, dissertations, microforms and various multimedia titles. The serial collection totals 60,450 divided into 26,679 print titles and 33,771 unique titles in online journals. This collection has steadily grown through acquisitions and generous donations.

UPD has extensive alliances with international institutions of higher learning for joint academic programs, research and student exchange, providing the institution with opportunities for curricular enhancement, faculty development, resource generation and sharing of expertise and programs. As of Mar. 2013, UPD had academic partnerships with 192 universities in Asia, Europe, North America and Africa, among others.

The new millennium and UPD’s Continuum