Having the nerve to excel 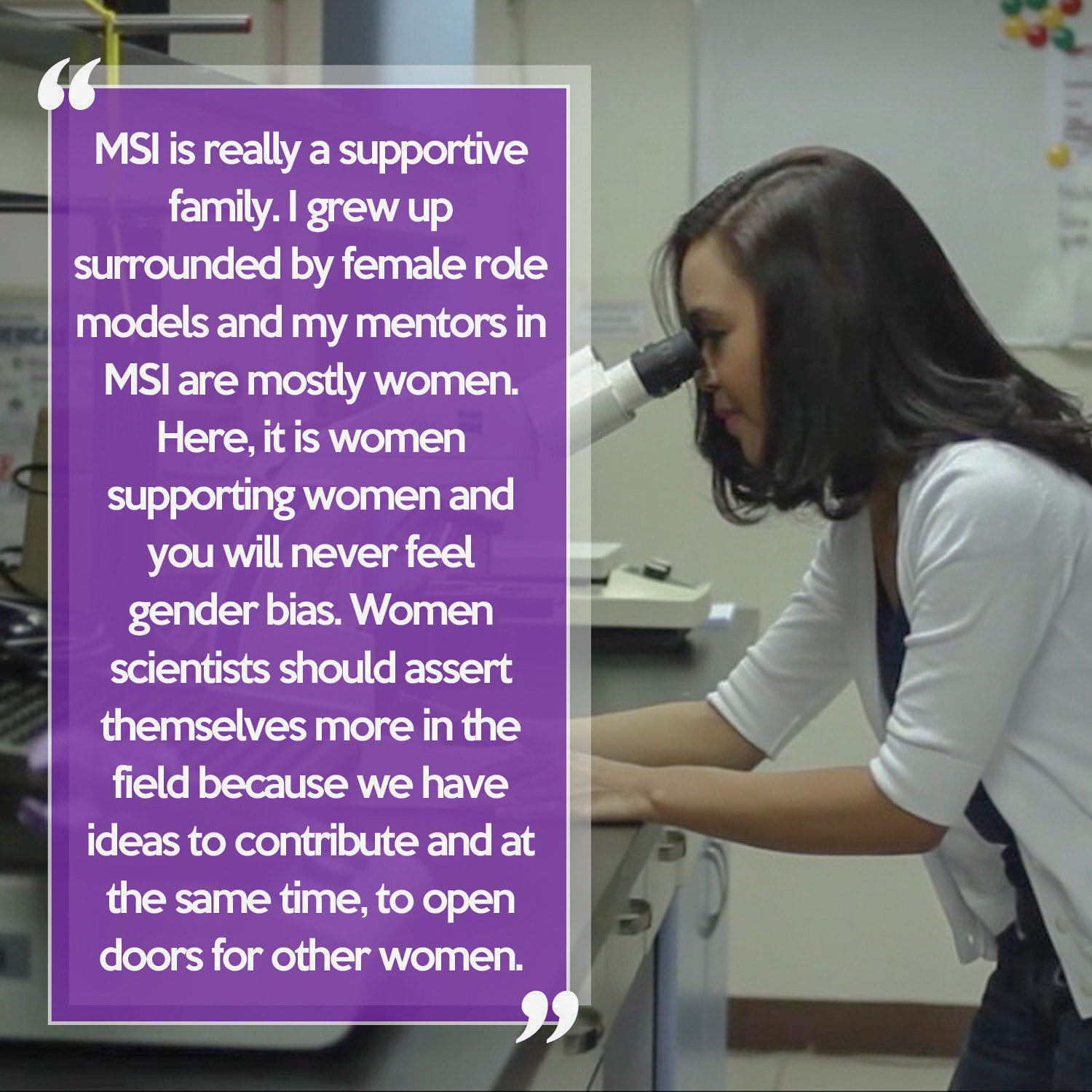 (MAR. 16)—The UPD College of Science is celebrating the International Women’s Month by honoring the role of women in the advancement of scientific research and by featuring stories of their very own women scientists.

Conaco has always been curious and passionate about science since she was a kid. She remembered reading “The Hot Zone: A Terrifying True Story,” a book on origins and incidents involving viruses. Since then, molecular biology has piqued her interest that resulted in her pursuing a degree in Molecular Biology and Biotechnology (MBB) and eventually, a career in Science.

The Associate Professor’s expertise and research interests are in genomics, neuroscience, molecular biology, and evolution and development. She heads the MSI’s Marine Molecular Biology Laboratory. 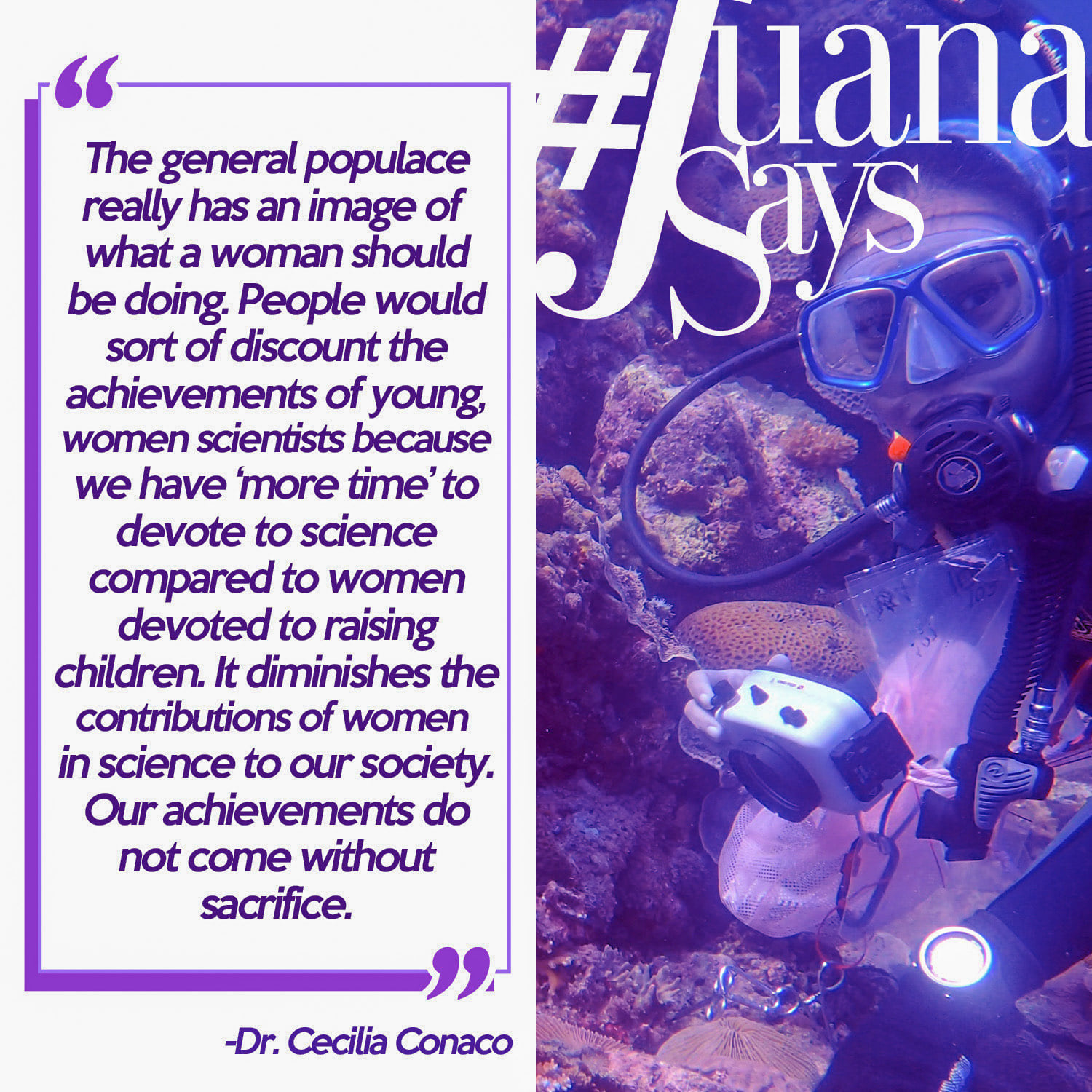 Conaco finds neuronal development and early animal evolution fascinating.  She is also interested in the regulatory networks that control gene expression dynamics which is the ability of many marine organisms to rapidly respond and adapt to their environment.

Conaco earned her PhD in Molecular and Cellular Biology from Stony Brook University, New York, USA in 2007. She completed her postdoctoral fellowship at the Neuroscience Research Institute, University of California in Santa Barbara, California, USA in 2012 where she received Excellence in Neuroscience Award.

The evolutionary aspect of neuroscience led her to her interest in the origins of the nervous system of early-diverging animals such as sponges and corals. She is now dedicated to studying these organisms and checking out what is novel about them.

“My colleagues in MSI have been supportive of my journey. Doing fieldwork was really new for me, and I felt a little lost at first.  However, my mentors, which are mostly women, are really supportive and helpful when I started in MSI. I grew up surrounded by women role models, so it was nice to be surrounded by empowered women in MSI as well,” Conaco said.

Conaco believes in the importance of women taking roles in scientific fields because women have different perspectives and ideas to contribute. However, despite the achievements and contributions of women scientists, people would still disregard these recognitions, diminishing the importance of their roles and accomplishments.

“The general populace really has an image of what a woman should be doing. People would, sort of, discount the achievements of young, women scientists because we have ‘more time’ to devote to science compared to women devoted to raising children. Our achievements do not come without sacrifice,” she said.

A member of the National Research Council of the Philippines, Conaco has published numerous researches in international peer-reviewed journals. 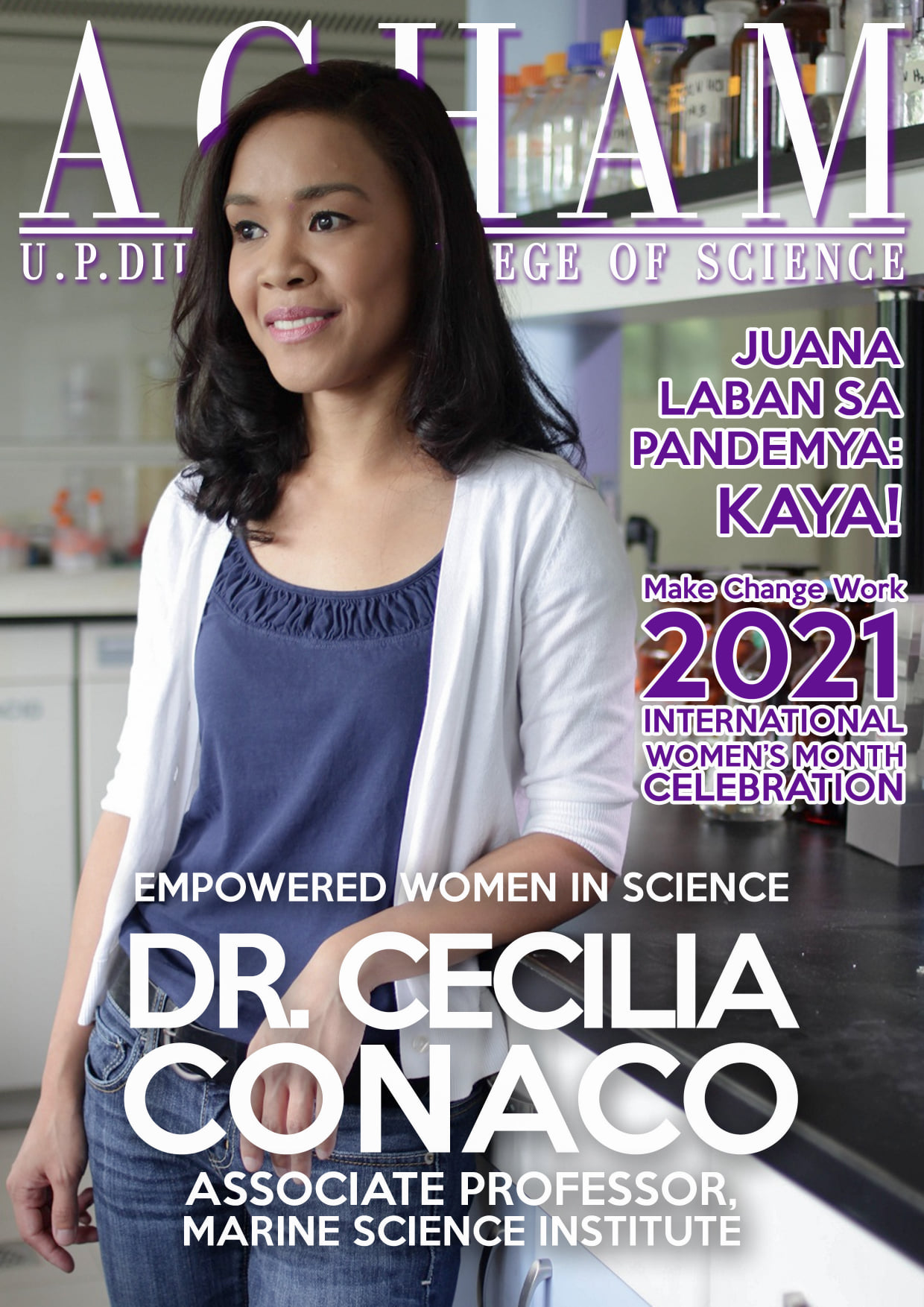 Conaco received the 2012 For Women in Science National Fellow Award by L’Oreal and UNESCO for her research “Dynamic Gene Regulation in Marine Sponges.”  The research aims to identify novel sponge genes and the mechanisms that allow the organisms to monitor and adapt to its environment.

Conaco is recipient of the 2020 UPD Centennial Faculty Grant, the UP Scientific Productivity System Award (2018-2020 cycle) and the UPD Centennial Professorial Chair (2017-2019).

She is presently involved in three research projects: “Regional coral restoration networks and appropriate technologies for larger-scale coral and fish habitat restoration in the Philippines and Australia,” funded by the Australian Centre for International Agricultural Research; and the projects “Development of molecular resources for enhancement of giant clam culture and rearing techniques,” and “Effect of environmental stressors on the gene expression responses of selected organisms,” both funded by DOST-PCAARRD.

Conaco said the researches examine the responses of sponges, corals, giant clams and microbes to ocean acidification and warming, which would help them predict what may happen on the reef under future ocean conditions, “We also study gene expression dynamics during giant clam development to support mariculture and conservation efforts.”

In breaking the preconceived ideas about women in science, Conaco highlighted the role of social media and how it became an important tool in recognizing women achievers in their respective disciplines. For Conaco, social media is putting women scientists on a high pedestal, which could be a source of inspiration for young girls to pursue science as a career.

“The notion we need to break is that science is not just for men or women not choosing to have a family of their own. Science is for everybody. Everyone should know that science is an open field — everyone can take a part in it especially here in the Philippines where there is still a lot to discover. You just have to be curious,” said Conaco. ― with reports from the UP College of Science