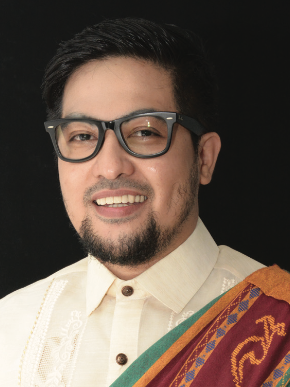 (MAR. 31)—Noted food scientist and UP Diliman (UPD) College of Home Economics (CHE) professor Alonzo A. Gabriel, PhD, passed away today from complications due to cancer.  He was 39 years old.

A UP Scientist III and a full professor at the CHE Department of Food Science and Nutrition (DFSN), Gabriel generously shared his innovations and researches in food science and technology with micro and small-scale enterprises.

He was a member of various professional societies, among them the Saint Gallen of Japan, European Society of Clinical Microbiology and Infectious Diseases (Germany) and the International Association for Food Protection (USA). He served as president of the Philippine Society for Microbiology, Inc. (PSMI).

“He showed exceptional leadership in guiding the society and bringing its officers and members closer together. He was known and respected for his achievements in research particularly in Food Science,” PSMI posted on his untimely passing at its Facebook page.

Gabriel obtained a PhD in Bio-functional Science and Technology (Food Microbiology and Hygiene) from Hiroshima University in Japan.

In relation to the coconut water study, Gabriel said that at CHE and DFSN “We do not just teach our students textbook lessons, we teach them cutting edge knowledge that we establish in our research works and make them competitive with the manpower the rest of the world is producing. We teach them the value of going out to the community to address real-world problems that the Filipino family faces every day. We also go out to the community and share whatever resources we develop in our laboratory/ research works to stakeholders, especially the marginalized and underserved.”

When he was named one of the 2017 Metrobank Foundation Outstanding Filipinos awardees, Gabriel said he would use part of his monetary incentive to support the DFSN in developing an extension program for secondary and tertiary home economics educators teaching food science and technology. “This will help them gain new tools in teaching food science and technology in their respective institutions.”

Gabriel has also been recognized with the following awards: the 2016 UPD Gawad Tsanselor Para sa Natatanging Guro; the 2016 International Award for Young Agricultural Researchers by the Japan International Research Center for Agricultural Sciences; the 2016 DOST Outstanding Research Development Award for Applied Research (Julian A. Banzon Medal); the 2014 Ten Outstanding Young Persons (TOYP) of the World from the Junior Chamber International (JCI); the 2014 Gregorio Y. Zara Award for Applied Research of the Philippine Association for the Advancement of Science (PhilAAS); the 2013 IUFoST (International Union of Food Science and Technology) Young Scientist Excellence Award; the TOYM 2013 (The Outstanding Young Men of the Philippines) for Food Science and Technology; and the 2013 National Academy for Science and Technology (NAST) Young Scientist Award (for the field of Microbiology and Hygiene).

The Senate of the Philippines honored Gabriel in 2014 through Senate Resolution No. 875 when he received the 2014 JCI TOYP Award.