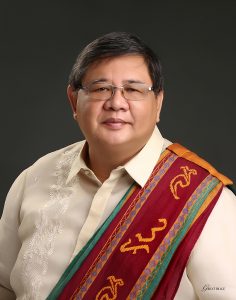 (AUG. 7)—Prof. Ferdinand G. Manegdeg is the UP College of Engineering’s 19th dean.

Manegdeg’s appointment was approved at the Board of Regents’ 1346th Meeting on Jul. 31. He is set to replace incumbent dean Dr. Rizalinda De Leon and will serve from Sept. 1 to Aug. 31, 2022.

He is a Professor of the Department of Mechanical Engineering.

Manegdeg earned his BS Mechanical Engineering from UP in 1979 and his Master of Science from the University of Leeds, United Kingdom, in 1981.

He was awarded the Arthur Smithells Prize and the Best Student in the Master of Science in Combustion and Energy program by the University of Leeds in 1981.

Manegdeg served the university in various capacities, notably as UP Diliman and UP System Human Resources and Development Director, Program Development Associate of the Chancellor and the President and as chair or member of at least 110 standing and ad hoc committees throughout the UP System.

In 2016, he was awarded the Professional Degree Award for Mechanical Engineering by the UP Alumni Engineers and UP College of Engineering.

Manegdeg was also awarded a Certificate of Merit at the International Conference of Manufacturing Engineering and Engineering Management at the World Congress on Engineering 2014 at the Imperial College in London.

He is currently a regular member and Vice Chair of the Division of Engineering and Industrial Research of the National Research Council of the Philippines,

Manegdeg’s plans for the college, with the running theme “All in…Always on,” centers on the idea of “revitalizing the UP College of Engineering as an inclusive and progressive unit that is pro-faculty, pro-REPS, pro-staff, pro-student and pro-alumni.”—Text by Anna Regidor, photo courtesy of Prof. Ferdinand Manegdeg