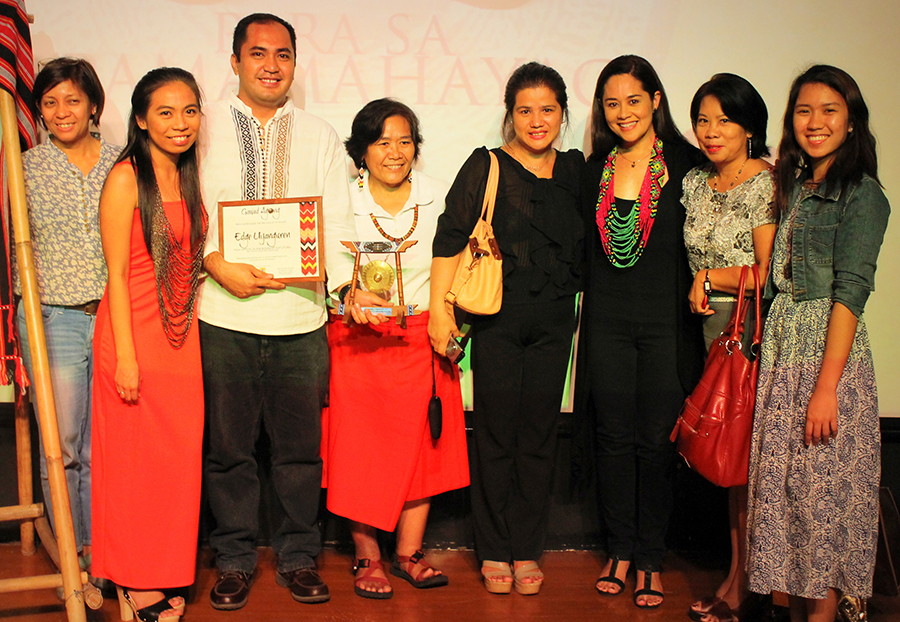 Now on its second year, the Gawad Agong aims to recognize outstanding reporting on indigenous peoples’ issues and the exemplary journalists who had presented these stories in a unique storytelling that provide insightful glimpse of indigenous people’s issues and aspirations.

The winning entry of Uyanguren aired over DZUP’s May Punto ka D’yan program entitled “Mga Hamon sa Kalikasan at Katutubo” tackled the plight of indigenous peoples against large scale mining operations, militarization and human rights violations in their communities. It also featured the original music of lumads and the indigenous peoples of Cordillera.

The Gawad Agong is under the Indigenous Voices in Asia (IVA) project in the Philippines being conducted by the Kalipunan ng Katutubong Mamamayan ng Pilipinas (KAMP), the Cordillera Peoples alliance (CPA), Kausog sa Katawhan Lumad (KALUMARAN) and the KASAPI with support from the Asian Indigenous Peoples Pact (AIPP) and the Swedish Cooperation for Development (SIDA). —DZUP 1602, photo courtesy of Ian Labis