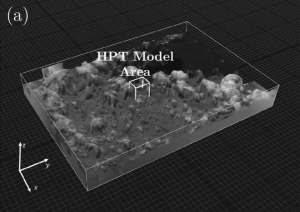 Sample of the three-dimensional cloud models.

(MAY 11)—The use of micro-satellites like Diwata-1 to measure cloud-top height is more cost-effective than regular satellites, a team of scientists said.

The team is composed of professors from UP Diliman (UPD) and Hokkaido University (Hokudai) who authored the study “Determination of Cloud-top Height through Three-dimensional Cloud Reconstruction using DIWATA-1 Data,” published in the open-access journal Scientific Reports.

“This study is a demonstration that a single microsatellite, such as DIWATA-1, with its target-locking mode, can be used to obtain cloud-top height estimates at a higher temporal and vertical spatial resolution than conventional satellites….,” Perez said.

Cloud-top height is the distance between the top-most visible portion of a cloud and the Earth’s surface, a metric used in estimating the growth of clouds.

Fast-growing clouds in an area often means a severe weather phenomena such as thunderstorms and torrential rainfall is about to happen there. Higher cloud-top heights are related to heavier rainfall, so monitoring this may be used in more accurate forecasting.

Data like this are usually taken from large weather satellites and are expensive to purchase. This study looked into using micro-satelliteswhich are much cheaper to build and can be developed fasterinstead.

Their methods do have some margin of error.

“[T]he baseline will become shorter for each DEM [cloud model], increasing the possible error in the cloud-top height measurement; therefore, it is desirable to have a constellation of microsatellites with capabilities similar to DIWATA-1 as this will decrease the error due to the short baseline,” the authors said.

The study is a collaborative research among scientists from UPD, the Department of Science and Technology and Hokudai under the PHL-Microsat program (now STAMINA4Space Program) and Understanding 4 Lightning And Thunderstorms For Extreme Weather Monitoring And Information Sharing (ULAT) project.—Image from Nature.com