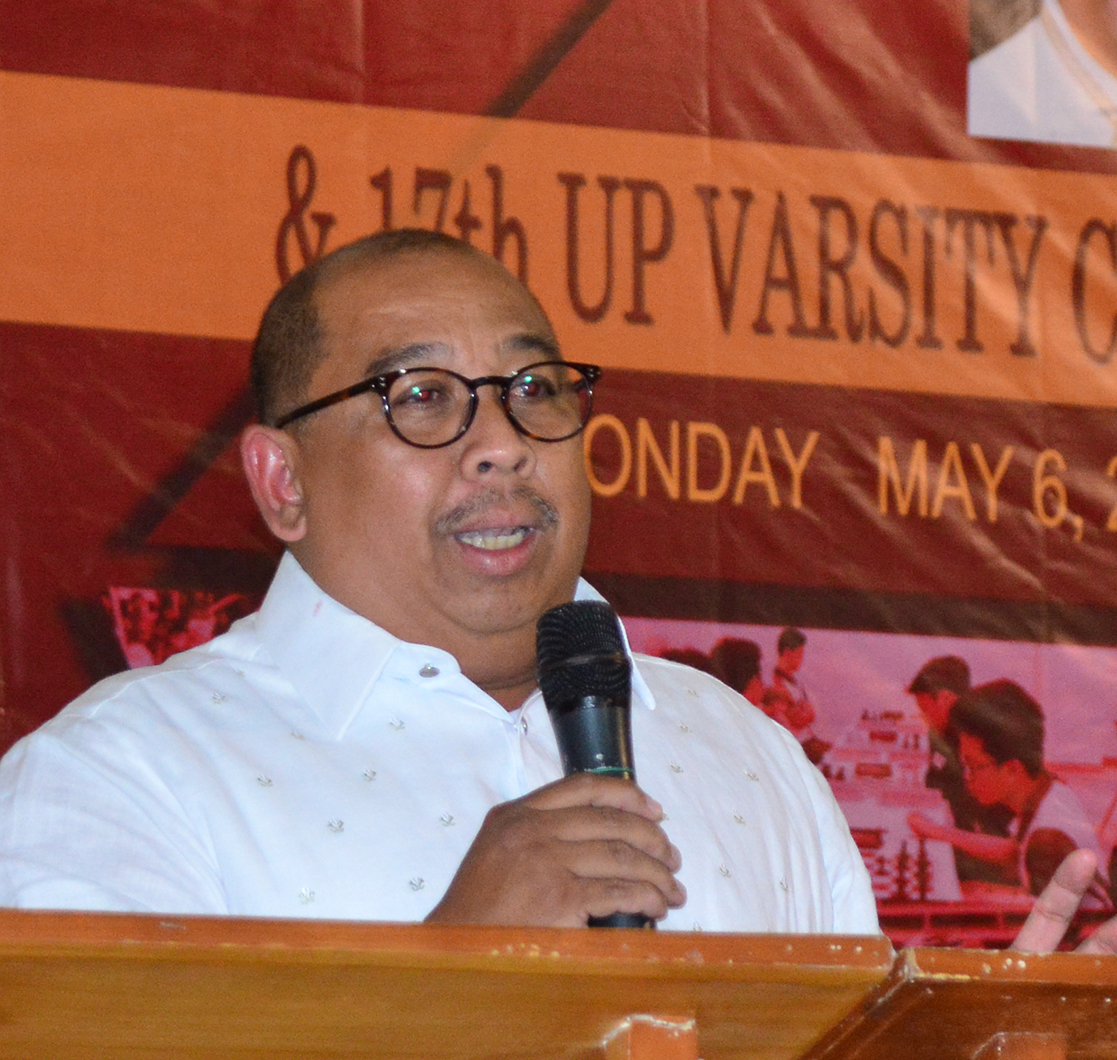 (MAY 8)—Asst. Prof. Francis Carlos B. Diaz was formally introduced and affirmed as the eight dean of the UP College of Human Kinetics (CHK) by Chancellor Michael L. Tan on May 6 at the Ang Bahay ng Alumni.

At the affirmation rites, Diaz underscored his plans to further strengthen and advance UP’s varsity sports program. He cited the overwhelming support the UP Men’s Basketball Team received from the alumni during the UAAP Season 81. 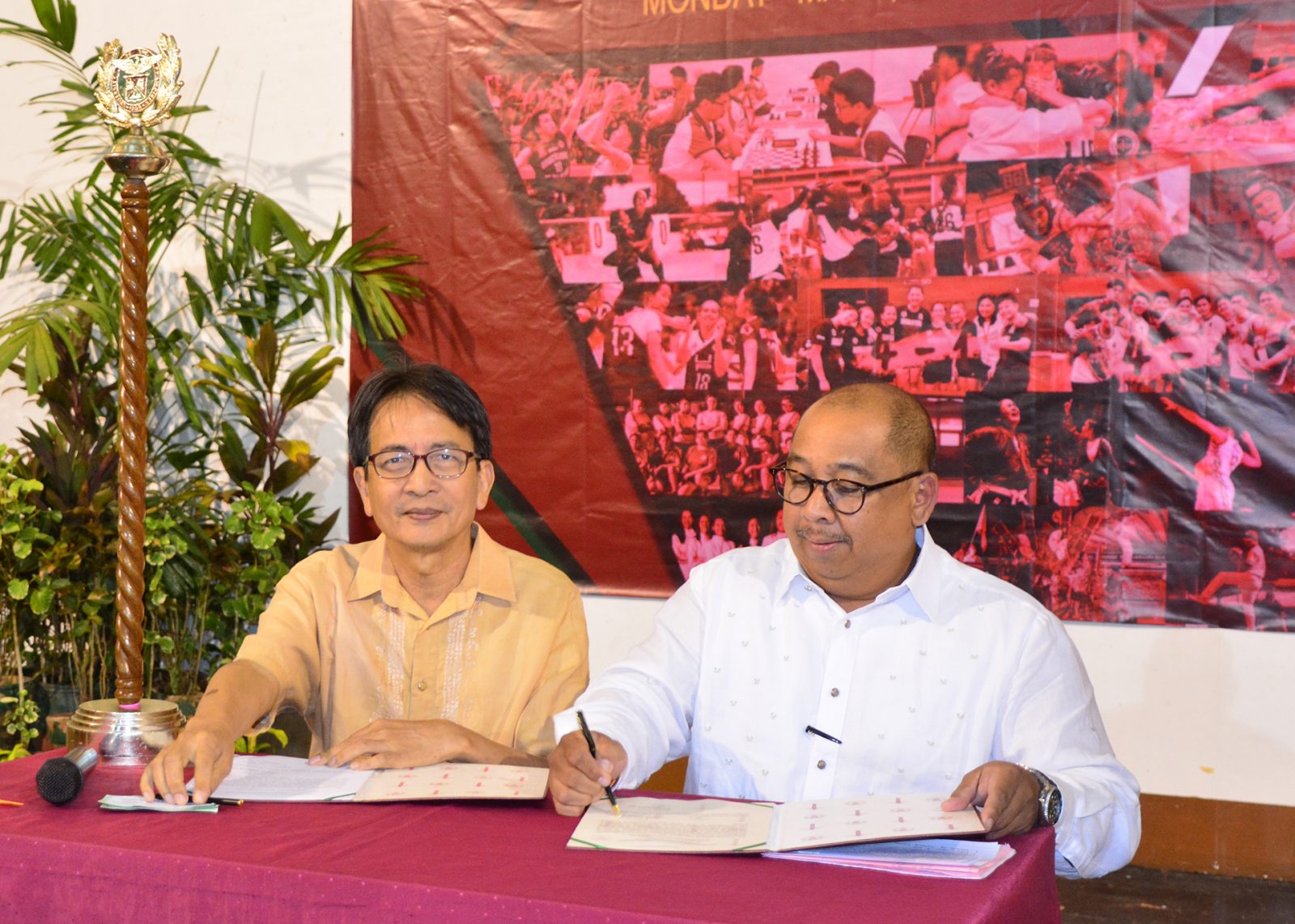 Diaz also made a special mention of Ernie Gawilan, a Filipino paralympic swimmer who won three gold medals and two silvers at the 2018 Asian Para Games. 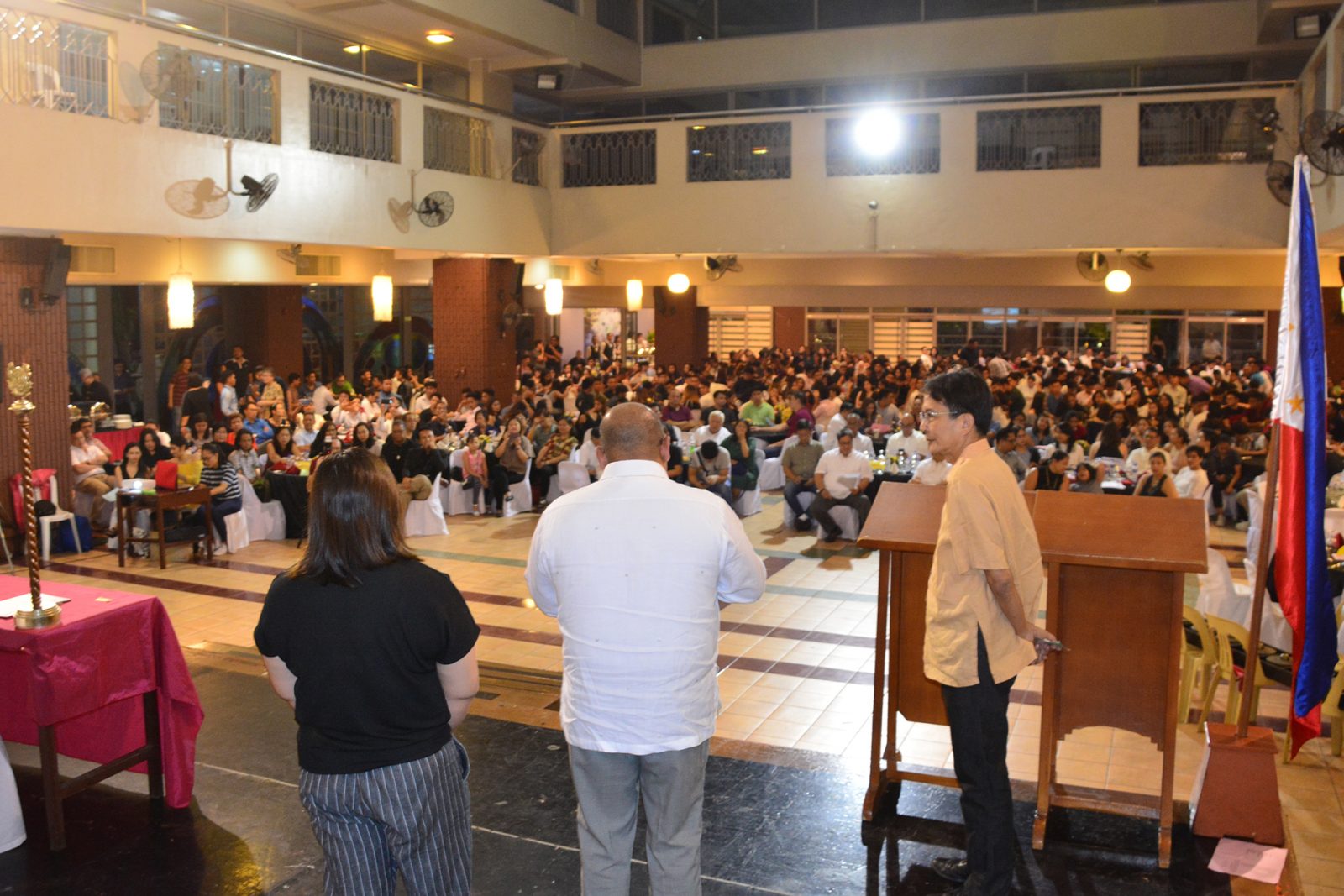 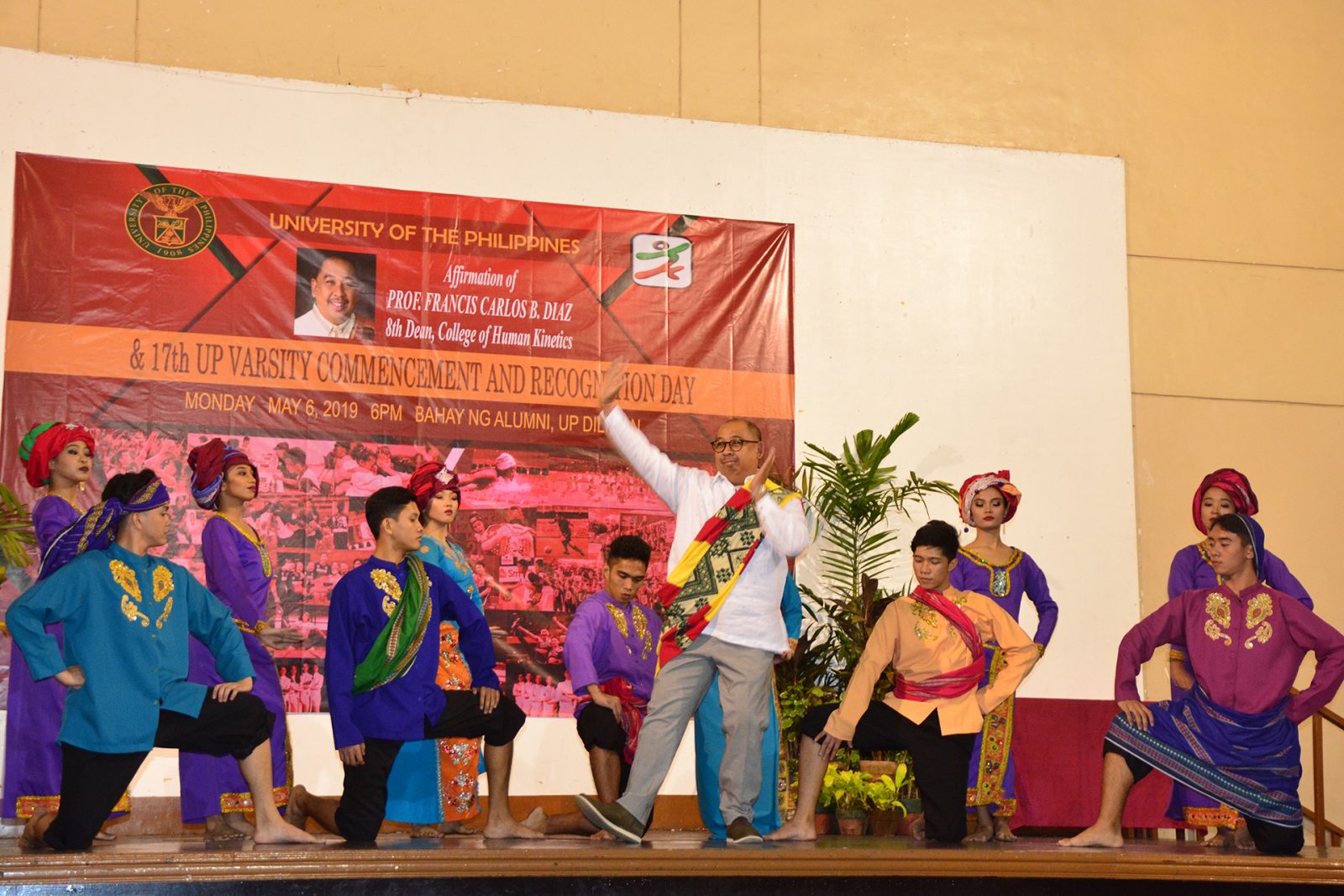 He served as CHK Varsity Sports Office program director from 2000-2004 and program chairman for PE in 2012.

Diaz was UAAP Season 78 tournament manager when UP was host in 2015.

For his 23 years as UPVST coach, Diaz received the Distinguished Service Award in May 2016 at the UP Varsity Recognition Night (SY 2015-2016).

He also shares his expertise in sports pedagogy, health and wellness through paper presentation locally and internationally.

Some of his papers were: “Anthropometric Profile of the University of the Philippines Table Tennis Athletes: Basis in Designing Comprehensive Intervention Program” (with Assoc. Prof. Oscar Yoshihiro Santelices as co-author) held in Duseldorf, Germany from May 27-28, 2017; “Anthropometric Profile & Performance of Elite Women Softball Players” and “Pre-Competition Hydration Status, Diet & Beverage Intake of Collegiate Softball Players” (with Marla Mallari-Cuerdo as co-author) at the Kasetsart University, Bangkok, Thailand from Jun. 14-16, 2017; and “Relationship Between Perceived Coaching Behavior and Intrinsic Motivation in Filipino College Athletes” (with Jonathan Cagas, Pio Niño Opinaldo and Bea Morales as co-authors) at the 2016 International Conference on Sport Pedagogy, Health and Wellness) held at UPD on Nov. 20, 2016. 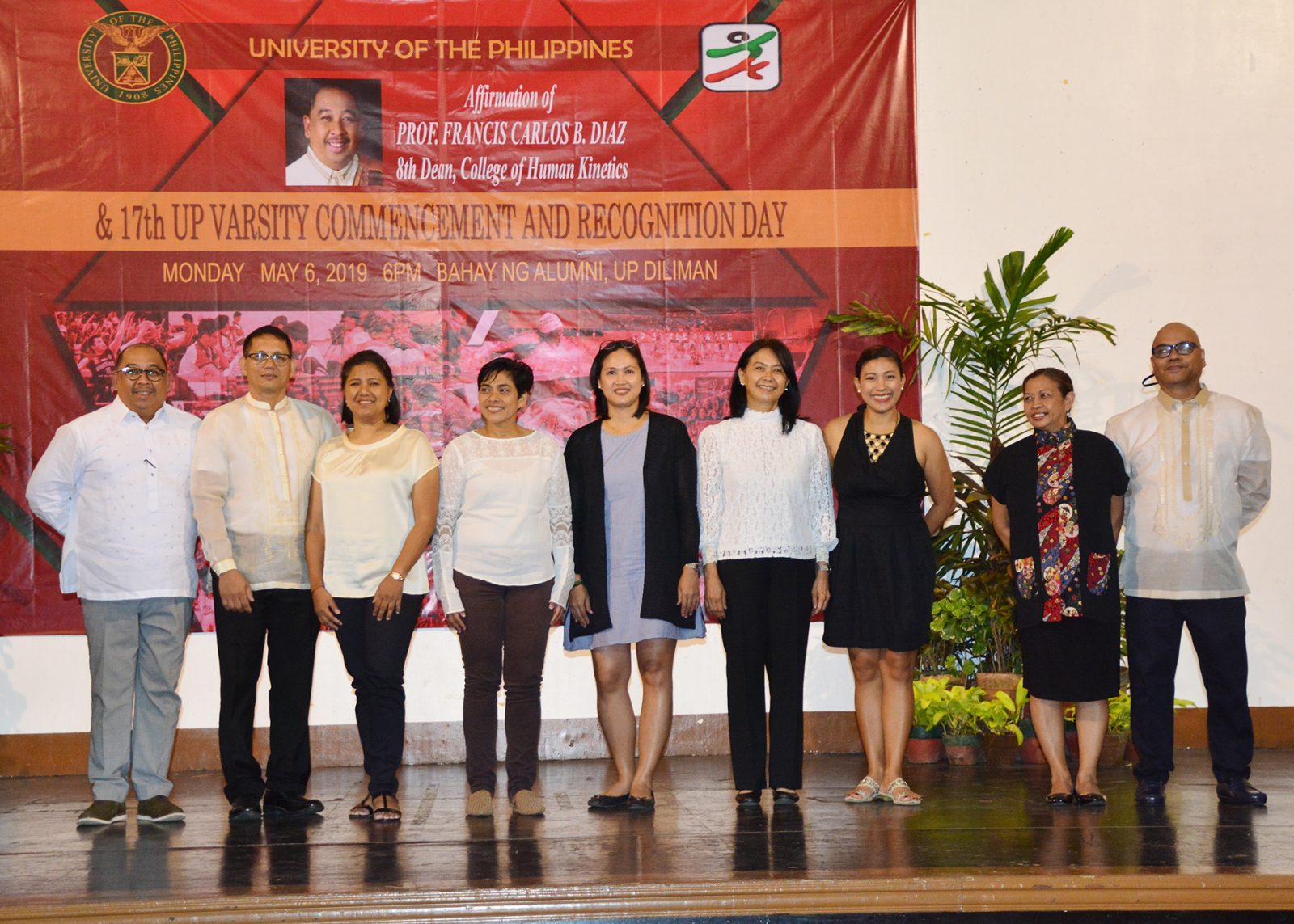 Meanwhile, former CHK dean Prof. Ronualdo U. Dizer expressed his gratitude to the college, the UP System and UPD administration, students, faculty, staff, peers and donors for supporting him during his 2-year term.

Diaz was introduced by lawyer Jose “Noni” Hernandez, his college friend and former teammate at the UP Varsity Baseball Team, while Ian Lawrence N. Logan, CHK’s NSTP college coordinator, emceed the affirmation rites. Intermission number was provided by the UP Filipiniana Dance Group.

The program was followed by the 17th UP Varsity Commencement and Recognition Day.—Haidee C. Pineda, images by Jefferson Villacruz