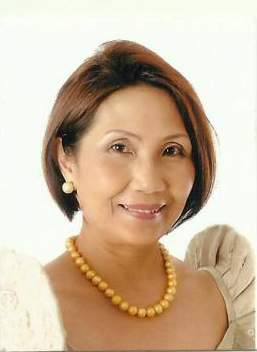 (MAY 22)—Prof. Edna Estifania A. Co, PhD is the new director of the UP Diliman Extension Program in Pampanga (UPDEPP).

In her vision-mission paper, Co’s primary goal is to “upgrade UPDEPP to UP Diliman College Clark (UP Clark)” as UP is “committed to the establishment of regional centers of academic excellence and leadership” as per the 1166th BOR meeting on Dec. 2, 2002.

When upgraded to a college, UPDEPP “will continue to be in a leading position in the delivery of tertiary education in Central Luzon; contribute to the advancement of knowledge in a variety of disciplines in partnership with other higher learning institutions in Central Luzon; strengthen its research functions to generate knowledge and awareness in protecting and promoting the region’s environment and heritages; spread out its extension services to government and non-government agencies in promoting welfare among the region’s marginalized communities especially the Aetas; and, promote partnership with industry and international higher education institutions to ensure continuing relevance in instruction, research and extension.”

Prior to her appointment, she was a professor at the UP National College of Public Administration and Governance (NCPAG).

The CIFAL Global Network is composed of 17 training centers worldwide. According to UNITAR’s website, CIFAL Global Network’s mission is to “strengthen the capacities of government officials and civil society leaders, thus empowering them to advance sustainable development.” UP hosts CIFAL Philippines in its Diliman campus. CIFAL Philippines serves as a hub for the Asia-Pacific region.–Benito V. Sanvictores Jr., photo courtesy of Prof. Edna Co