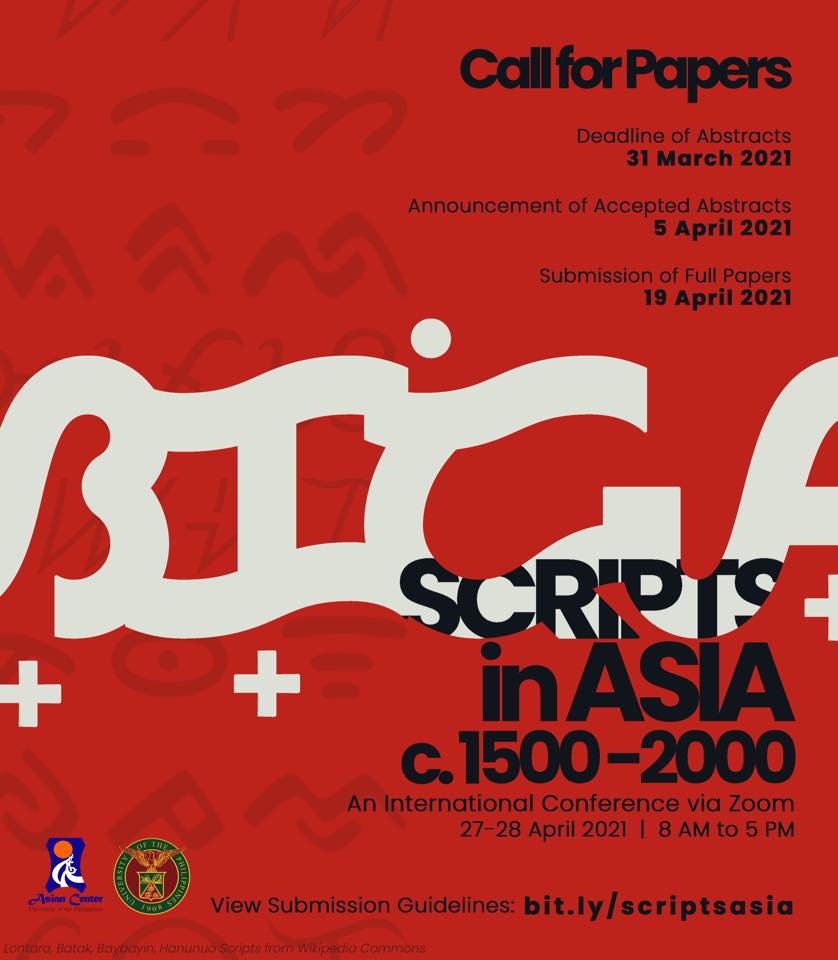 The Asian Center, University of the Philippines Diliman welcomes abstracts for an international conference, “Scripts in Asia: c. 1500–2000,” which will be held—via Zoom—from 27 to 28 April 2021. No submission/registration fees.

How to Submit and About the Conference
Visit the conference webpage to view submission guidelines, presentation format, etc.
The European arrival in Asia in the 16th century was a turning point not only in the political trajectories but also in the writing traditions of Asian states and societies. In maritime Southeast Asia for instance, indigenous literacy in Indic-derived scripts was long widespread in societies such as the Batak (si-sia-sia script), Tagalog (baybayin) and Bugis (lontara). However, increasing European influence occurring alongside Islamization engendered the transition to Latin or jawi (Arabic-derived) scripts.

Organized by the UP Asian Center, this conference intends to explore the impact of European presence in the various writing traditions of Asia. In what ways were certain languages and especially scripts privileged by colonial states? How is the transition from one writing script to the other reflected in the sources? How do postcolonial societies across Asia view or instrumentalize their varied epigraphical, textual, and codicological traditions?