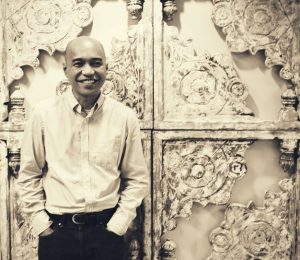 (APR. 28)—Former UP College of Arts and Letters (CAL) professor Randolf M. Bustamante passed away on Apr. 19. He was 49.

Bustamante was a writer, poet, editor and translator who taught writing and humanities courses at UP and Ateneo de Manila University in the 1990s.

According to the UP Gazette (Vol. XXXL No. 1), Bustamante was appointed as assistant professor at the UP Institute of Creative Writing effective Feb. 17, 2000.

He later went to the US for a doctoral fellowship in Theology and Education, and taught writing courses at Boston College. He also taught an introductory course on college writing to the first graduates of the Oprah Winfrey Leadership Academy for Girls.

After 12 years of living in Boston, Massachusetts, USA, he returned to the Philippines in 2013.  Bustamante copyedited several literary and academic manuscripts, including the food and travel essay collection”Songs on the Wind: Essays from a Life with No Borders, Only Horizons” by the Australian expatriate Alexandra Gregori.

In 2017, he translated Francisco Balagtas’s “Florante at Laura: Vicissitudes in the Life of Florante and Laura in the Kingdom of Albania” and Lourdes Montinola’s award-winning non-fiction book “Breaking the Silence” (“Pagbasag sa Katahimikan: Isang Talang-Gunita ng Digma”) both published by The Bookmark, Inc.

He also authored the children’s poetry book “Lost and Found: A Song of Marawi / Miada ago Miyatoon, Idayda a Marawi” translated into Maranao by Zaman Macapaar-Guinar and illustrated by Tristan V. Yuvienco. The book was published by The Bookmark, Inc. in 2018.

Bustamante obtained his AB in Philosophy in 1991 and MA in Literature in 1997 at the Ateneo de Manila University.  He also earned an MA in Pastoral Ministry at the Loyola School of Theology in 2000.