Aninag 2015 opens Christmas at UP Diliman 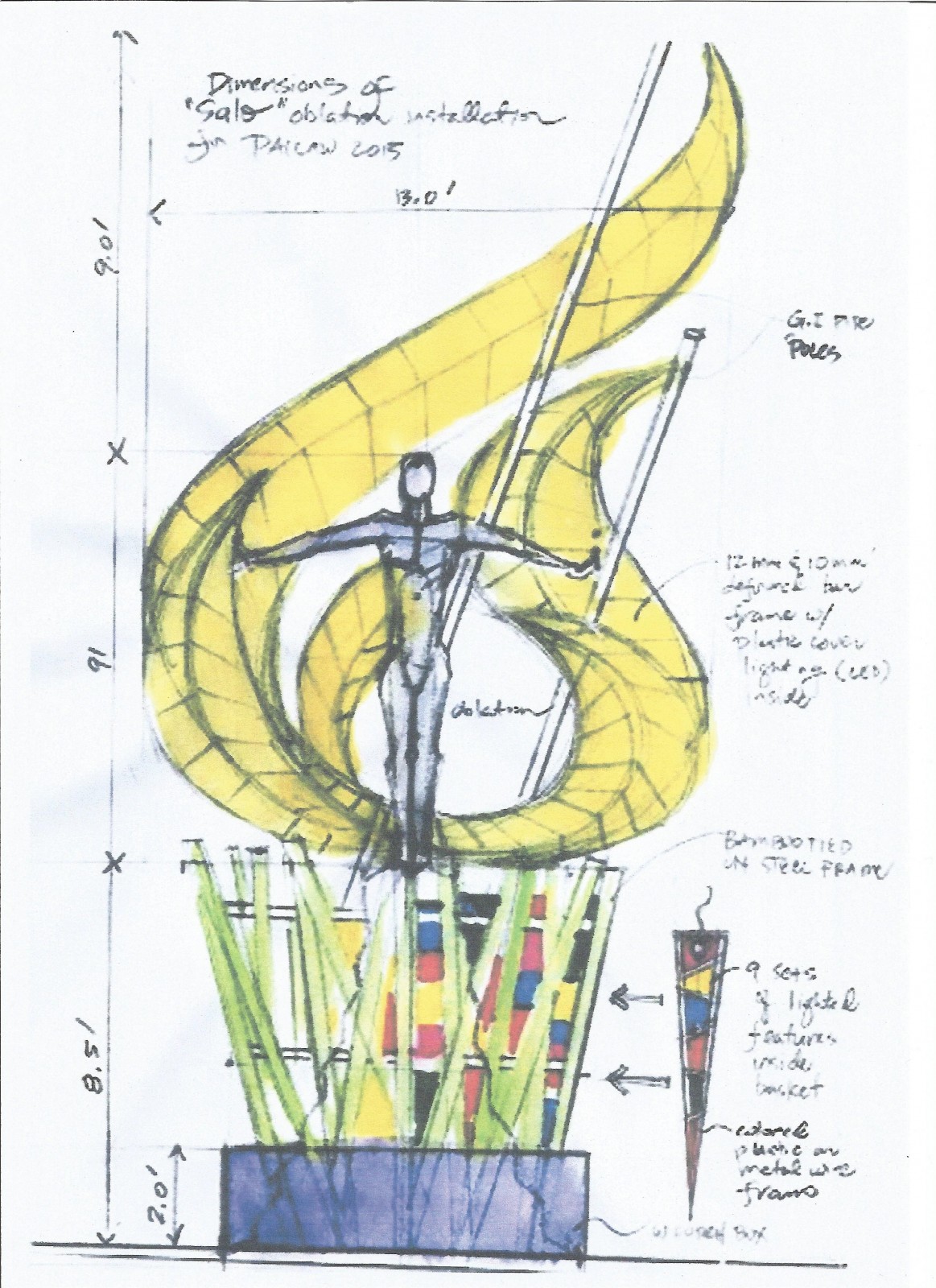 Intricate Pampanga lanterns and the latest installation art by sculptor Toym Imao will take center stage at Aninag 2015, the program opening the Christmas festivities on campus on Nov. 27.

Inspired by the Kapampangan tradition of the Lubenas, the University’s acclaimed performing groups will lead the parade around six stations on campus, illuminated by some 40 exquisite lanterns created by Pampanga craftsmen exclusively for the event.

Lubenas are evening processions during the nine days of the “simbang gabi” leading to up to Christmas Eve. The procession is lit by two rows of six lanterns, usually made of bamboo and mounted on bamboo poles. The Giant Lantern Festival of Pampanga today is said to trace its beginnings to the Lubenas.

Aninag 2015 begins with the flag retreat at 5 p.m. at Quezon Hall, after which the participants will proceed to the University Amphitheater where 107 lighted balloons, representing the University’s 107 years, will be released by students of the UP Integrated School, symbolizing the new hope of the nation.

Vargas Museum is the second station where a light show features National Artist Fernando Amorsolo’s Harvest Scene, followed by a dance number by the UP Dance Company. The third station is at the Palma Hall steps, where the UP Pagad Sayk Tiriritz will sing “Awit ng Pasko.” 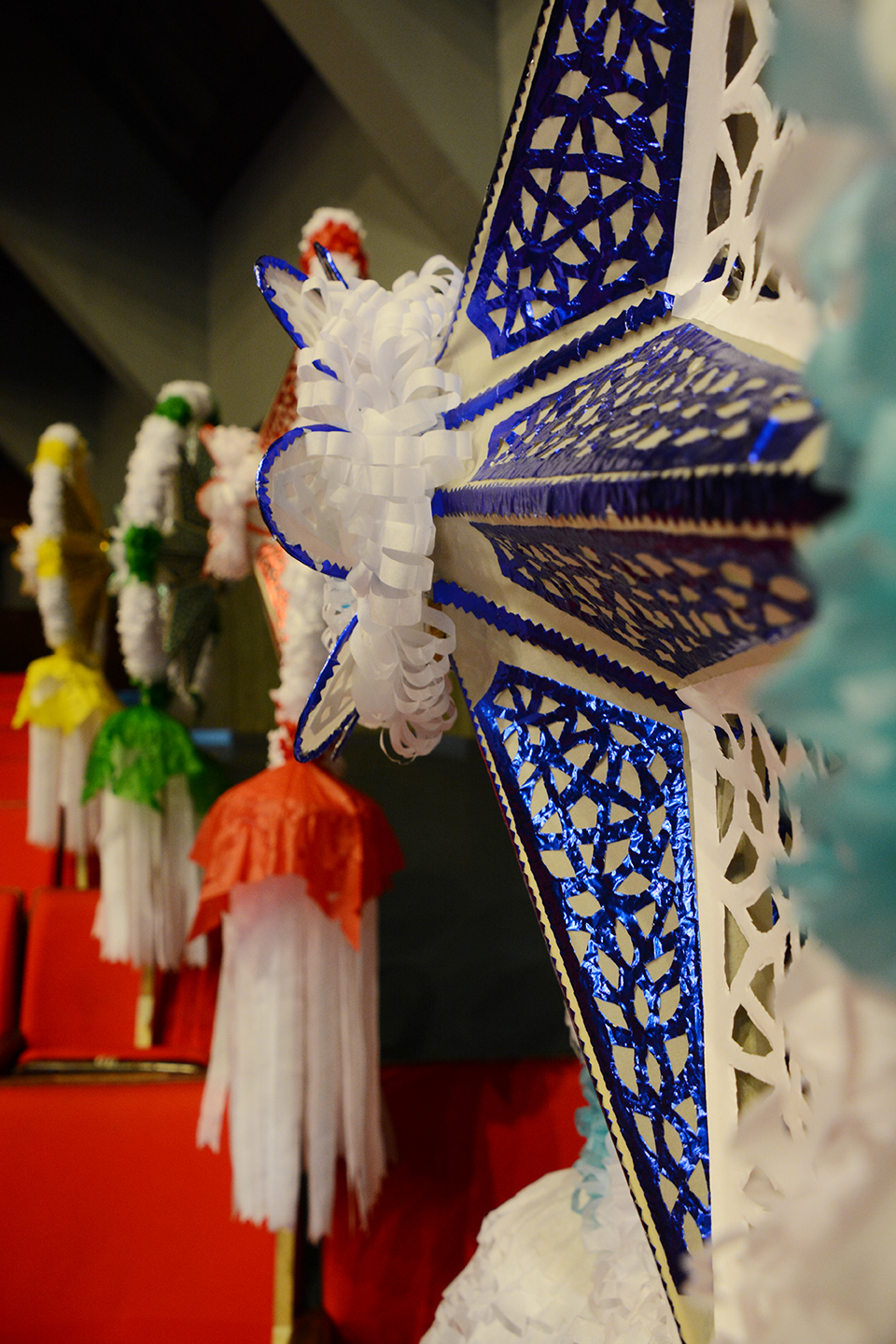 At the fourth station, the puppet show “Istariray: Ang Bituing May Buntot” by the late Rene Villanueva will be staged by students Sigmund Pecho, Io Balanon and Nour Hooshmand to the music of the Guitar Guild at the Main Library steps. The parade next moves to Melchor Hall, where at its steps, the UP Staff Choral Society will render “Sa Araw ng Pasko.” Moving on to the Carillon Plaza, the UP Cherubim and Seraphim will sing “Dasal ng Pasko.” The lanterns, which have been illuminating the parade, will now remain at the plaza.

The parade culminates at Quezon Hall where university officials open the Christmas season by switching on the lights on campus and unveil Imao’s art.

Imao turns the Oblation into a sulo (torch) with multi-color lighting and three flame components made of deformed bar framework covered with plastic. With the Christmas celebration theme of “Dingas: Adhikaing Diliman, Adhikaing Bayan,” he uses the Oblation to symbolize a torch, the three towers in the Quezon Hall as lighthouses, the lights in the Oblation Plaza as sails and the trees around Quezon Hall, adorned with red lights for the season, as fire trees. According to the Imao, these metaphors are for the University’s roles as a spark for new ideas, a guide to action and the beacon for public service.

An acclaimed sculptor and painter, Imao’s works are in major cities in the Vietnam, the Philippines, the United States and Europe. He earned an architecture degree from UPD and an MA Sculpture from the Maryland Institute of Fine Arts.

Three other events are slated for the season. On Dec. 11, the UP Filipiniana Dance Group will stage the concert Tanglaw 2015 at the University Theater at 3 and 7 p.m. The matinee is free and open to the public but with control tickets. Tickets to gala are at P250. Tickets for both schedules are available at the Office for Initiatives in Culture and the Arts.

Dingas 2015, the traditional Lantern Parade, will commence at 5 p.m. on Dec. 14 and at 9 p.m. the Beta Epsilon will mount Maskipaps: the Crossover at the Sunken Garden.