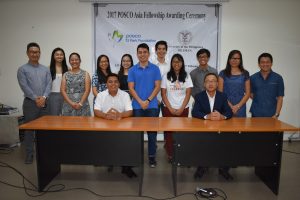 (MAY 26) — Fourteen UP Diliman (UPD) students received the Pohang Iron and Steel Company TJ Park Foundation (POSCO-TJF) scholarship for Academic Year (AY) 2016-2017 at the Hall of Wisdom of the Asian/GT Toyota Asian Cultural Center on May 24.

Yearly, POSCO grants scholarships to 15 qualified students through its POSCO Asia Fellowship program. Scholars receive monetary support of $700 for one year or $350 per semester. The amount is given in its peso equivalent per semester.

Of the 14, three are new recipients and 11 are continuing scholars. 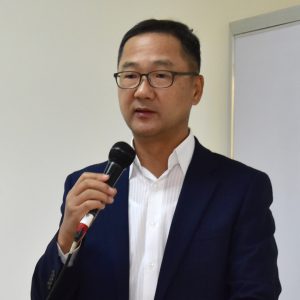 Agpaoa thanked POSCO, on behalf of Chancellor Michael L. Tan, for their continuous support to the University. “Your act of generosity to give scholarships to our students affirms the close ties that the Philippines and Korea have developed through the years,” he said. 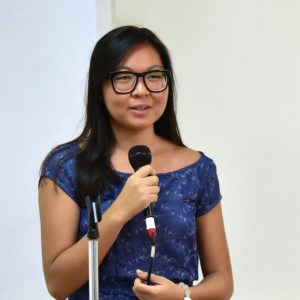 He urged the scholars to “…cherish this opportunity. You have been blessed to be part of this long tradition of scholarship giving and I hope that you yourselves become blessings to others, that you cause a lifting effect where you try to help other students who are not similarly situated.”

Choi, for his part, congratulated the scholars and said “I strongly believe that POSCO Asia fellows, especially the University of the Philippines fellows, will make the Philippines a better and a strong nation.”

The PAF is one of POSCO-TJPF’s core programs that provides students with scholarships and facilitates research activities with the aim of enhancing mutual understanding and collaborative programs among Asian countries.

On behalf of their fellow scholars, Lau, Nagtalon and Nepomuceno thanked POSCO. 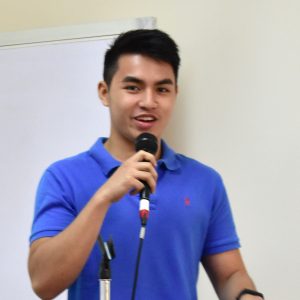 Lau thanked POSCO three years ago. “This scholarship has allowed me to attend school without having to worry about financial matters and I feel like I’ve made the most out of your investment in me. I’ve grown so much not just as a student but as a person. So, thank you and I hope that there would be a lot more people like you in the world who made an impact in other people’s lives,” she said.

Nagtalon, who is a first time recipient of POSCO scholarship, said “I started receiving the benefits of this scholarship last semester and it really helped me and my family fund my education. Though I am grateful for POSCO-TJFP for investing in me and affording me the privileges that I otherwise would not have afforded for myself, I see that there eight scholars here and I know that each one of us is grateful to the foundation for helping us finance our education. But, I hope that all of us remember that we are not here to study only for ourselves. We aren’t here for individualistic purposes, for selfish reasons. Though we want to help ourselves, we should remember also the core values that POSCO-TJPF stands for which are global, social responsibility and the advancement of public and not only private interest.”

Nepomuceno, who was a POSCO scholar since  the 1st semester of AY 2015-2016, thanked POSCO for granting him a scholarship especially at a time when his family had financial difficulties when his grandfather was diagnosed with cancer. He said “I applied for various scholarships but then, it’s only POSCO who really was able to help me pursue my interest and grow further as a student. I was able to be more active in my organizations, be part of a competition class and even joint marketing competitions for our college. Up to now, even if my grandfather already passed away, I can really say that POSCO’s impact has never faded and it has helped me become more independent as a person and as a student.” 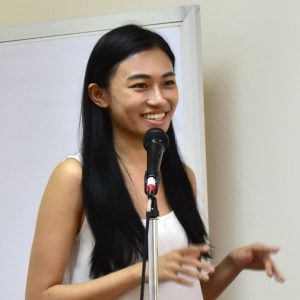 To qualify for the POSCO scholarship, applicants must be undergraduate students with a general weighted average of 2.0 or better and must have carried a load of at least 15 units every semester. Students must not be enjoying any other scholarship at the time of the award.

Interested students may apply for the scholarship at the Office of Scholarships and Student Services. For inquiries, please call (02) 981-8500 local 4506.