Teatrong Mulat: from relief to rehab 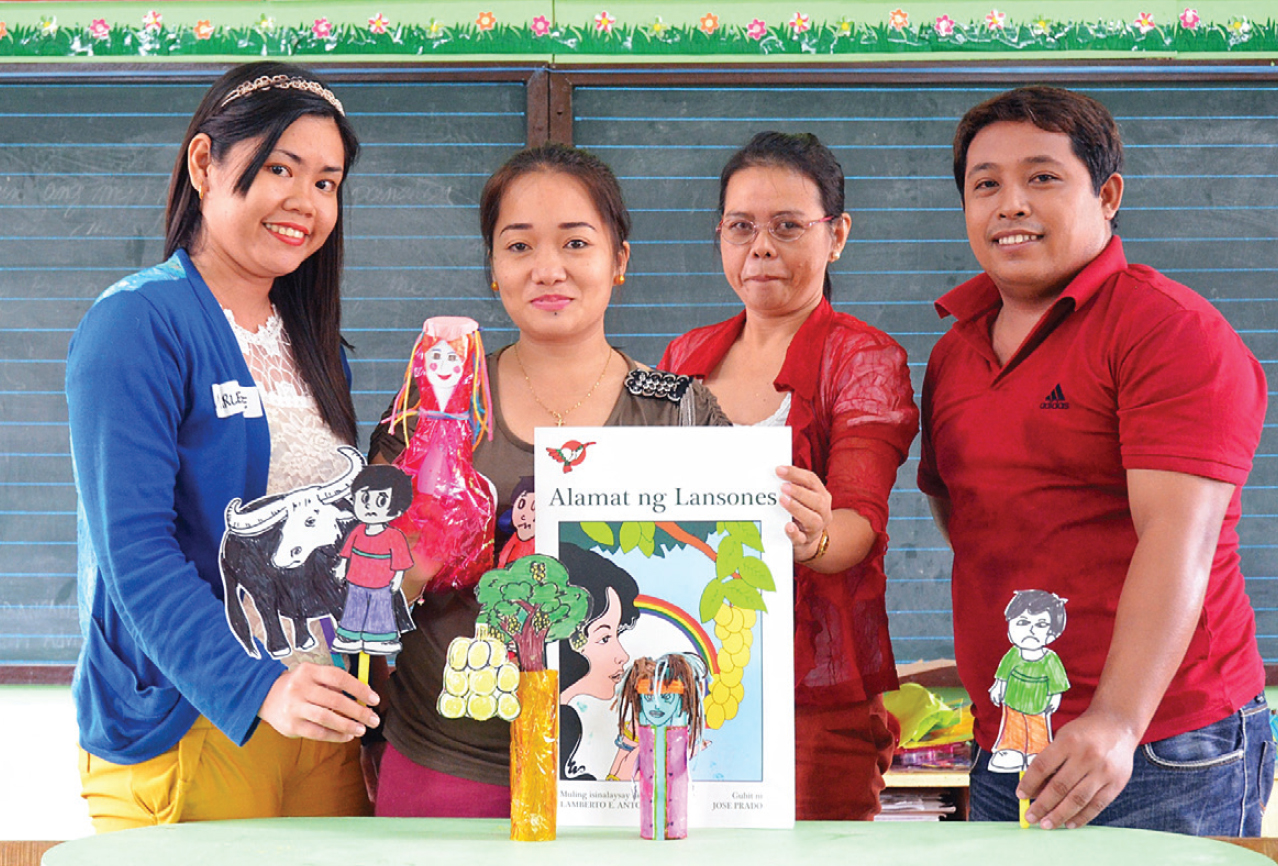 (July-August)—Eight months after the onslaught of typhoon Yolanda (international name: Haiyan) in November 2013, a performing group at UP Diliman continues rehabilitation efforts in a very unique way.

The workshop is the first of a 2-phase project Ramolete and two other recipients of The Outstanding Women in the Nation’s Service (TOWNS) 2013 award are implementing.

After receiving the TOWNS 2013 award in November last year, Ramolete, together with co-awardees Noraida Adang Abdullah Karim and Ani Karina Brown, visited the ravaged communities of Tacloban City in February 2014 to assess a project they planned to pursue . As TOWNS awardees, they are tasked to work together on a project to benefit the country.

“Seeing the effects of typhoon Yolanda, we thought of a project that will help the survivors stand again and continue with their lives,” Ramolete said.

The puppetry workshop was conducted in the Fisherman’s Village Elementary School (FVES) in Tacloban City attended by 20 educators and 637 students. Its primary aim is for participants “to explore the use of their minds, hands and bodies to reflect and express their Yolanda experiences through creative means.” 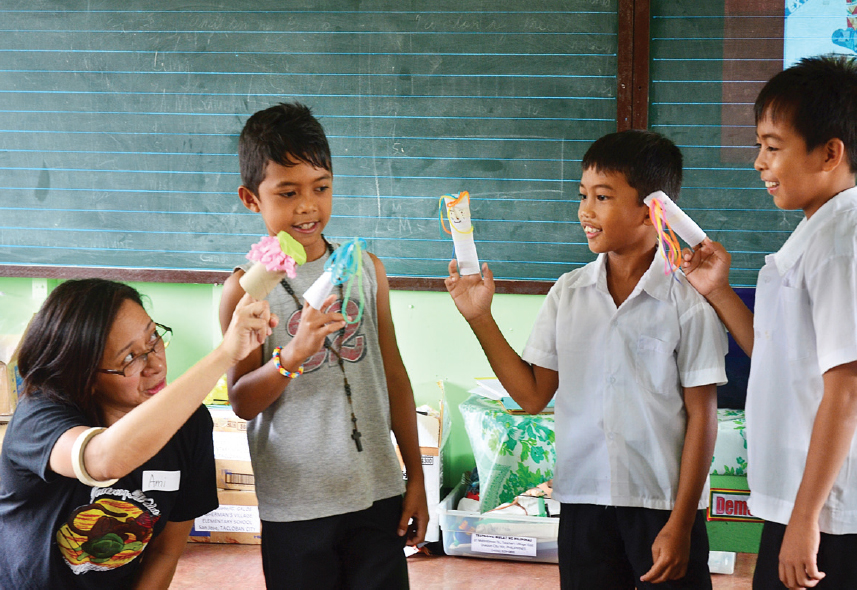 Ramolete coaching student-participants
during the workshop

“We got positive responses from teachers and students alike. Similar workshops are being planned and can be done during the year,” Ramolete continued. Joining Ramolete in the workshop were Teatrong Mulat puppeteers Darwin Desoacido, her husband Raymund, and children Aina and Roel. Desoacido is a UP Certificate in Theater Arts student.

“We initially donated books to FVES in February and a month later, I received an e-mail from Greg Galos, the school principal, requesting for additional books. He got my address from a calling card I inserted in a book donated by my mother. During the e-mail exchanges, I offered to conduct a puppet workshop for the teachers and students,” Ramolete said.

Teatrong Mulat was founded in 1977 by UP Professor Emeritus Amelia Lapeña-Bonifacio, Ramolete’s mother. Mulat is a Filipino word which means “to awaken.” The group aims to awaken the children to the beauty and richness of Asian and Philippine cultures. Teatrong Mulat is also recognized as one of the official performing groups of UP.

Ramolete is also a UP professor and current chairperson of the UP Diliman Department of Speech Communication and Theatre Arts. She is the current company manager of Teatrong Mulat.

Partners of Teatrong Mulat in the project were Union Internationale de la Marionnette (UNIMA) – Pilipinas, TOWNS Foundation, Metrobank Foundation, UNIMA-Japan which donated puppets, and the UP Integrated School Batch 2015 and Adarna House, both of which donated books.

According to the National Disaster Risk Reduction and Management Council (NDRRMC) Situational Report no. 108, as of Apr. 3, 2014, Yolanda left more than 6,200 people dead; about 28,600 injured; at least 1,000 people missing and approximately P40 billion worth of damage to infrastructure and a g r i c u lture. Typhoon Yolanda also displaced some 900,000 families. —Photos courtesy of Aina and Raymund Ramolete