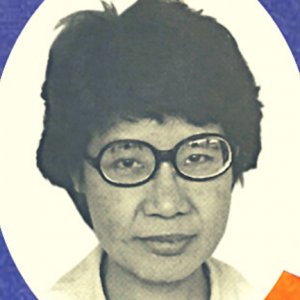 Prof. Aurora Roxas-Lim, former dean of the Asian Center (AC) of the University of the Philippines Diliman, passed away on Nov. 16. She was 84.

Described by the AC as a literature major and art historian by training, she was written extensively on Southeast Asian art, history, culture, religion and maritime societies for over six decades.

She was one of the earliest faculty members recruited into the Institute of Asian Studies, which was established in UP in 1955 and later became the UP Asian Center. By the early 1970s, she was Assistant Professor of Oriental Arts, “contributing to the understanding of Ifugao Art amidst the modernization of Philippine society.”

She was Curator of the UP Vargas Museum from 1988 to 1994 and Deputy Director of the Special Project in Archaeology and Fine Arts of the Southeast Asia Ministries of Education from 1985 to 1986. She served as Dean of the AC from 1994 to 1997 and retired from the University in 2000.

Following her retirement, she lectured at the Department of Art Studies of the UP College of Arts and Letters and for the Chinese Studies Program at the Ateneo de Manila University.

She took up English Literature from UP and has a Master of Arts in General Studies of the Humanities from the University of Chicago. According to the Department of Art Studies, she pursued further studies in Southeast Asian art and archaeology at Cornell University from 1967 to 1971, and in 1984.

Professor Aurora Roxas-Lim, Former Dean of the UP Asian Center, Passes Away at 84