UP wins over UE 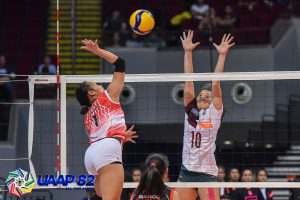 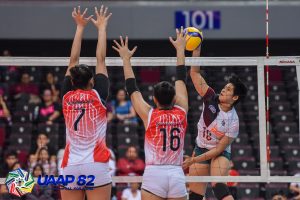 UP’s dynamic duo Isabel Molde and Diana Mae Carlos led the Fighting Maroons to take the first two sets. The Lady Warriors, however, snatched the third set behind the heroics and superb plays of Mean Mendrez and Janine Lana.

In the fourth frame, the Fighting Maroons, led by Molde, started aggressively to take the first technical time out, 8-3. UP then kept the Lady Warriors at bay and took control of the game to seal its first win of the season.

Molde, who was named best player of the game, top scored for UP with 24 points coming off 18 attacks, 4 blocks and two aces. Carlos contributed 15 points. Justine Dorog, again converted into a libero, had 21 excellent digs.