Trade and Development with Human Capital: A Century’s Narrative in Korea 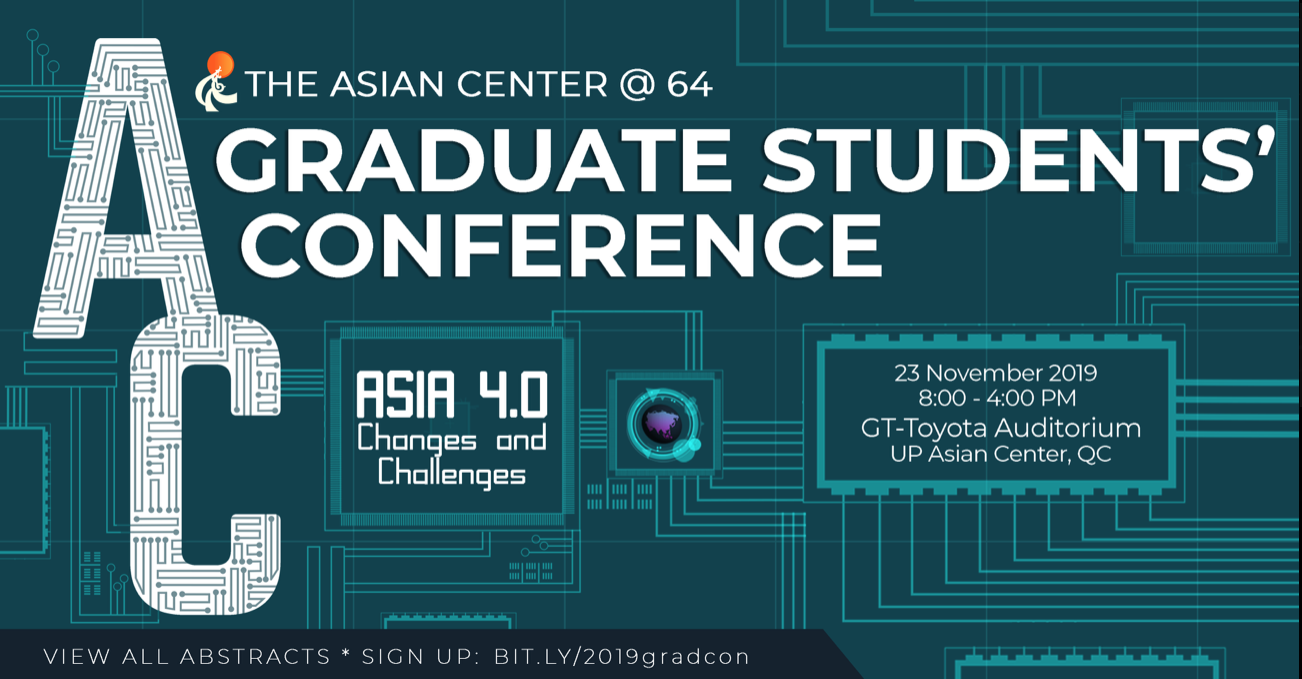 A lecture, “Trade and Development with Human Capital: A Century’s Narrative in Korea,” by Dr. Hak Kil Pyo will serve as the keynote address at Asia 4.0: The 2019 Graduate Students’ Conference, which will be held on 23 November 2019, 8 am to 4 pm, at the UP Asian Center, QC. The keynote will start at 1:30 pm. The conference is free and open to the public, but seating is first-come, first-served, but participants are encouraged to sign up.

The conference features 16 papers across four panels. View the titles and abstracts of the presentations. For inquiries, please email asiancenter@up.edu.ph