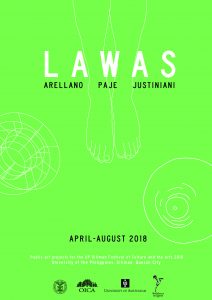 (APR. 4)—Three interactive artworks by Agnes Arellano, Lee Paje and Mark Justiniani will be launched collectively as “Lawas,” on Apr. 11, 4 p.m. at the Lagoon of the University of the Philippines Diliman (UPD).

The site-specific installations examine representations of the body and the people’s shifting modes of perception.  “Lawas” is the latest part of the ongoing “Kat(h)awan: Bodies, Culture, Society,” a 4-month Festival of Culture and the Arts that runs from February to May.

The artworks will be installed in three different locations: at the edge of the Sculpture Garden beside the Vargas Museum, an uphill area beside the former Faculty Center and the UP Lagoon.

Arellano’s “Project Pleiades 2” located near the former Faculty Center, are cast stone goddesses, four of seven of the open star cluster most visible to the naked eye at night. Arellano, a Thirteen Artists Award recipient (1988), is best known for her surrealist and expressionist work in cast and directly modeled plaster, bronze and cold-cast marble.  “Project Pleiades 2” follow Arellano’s lifelong search for the sacred feminine.

Paje’s “Pagpamulak” (“to blossom”) project located at the edge of the Sculpture Garden near the Vargas Museum, is a series of sculptures constructed like a children’s playground and stems from one of her earlier artworks where vagina-shaped chocolates were filled with tapuy or rice wine and eaten.

Meanwhile, Justiniani’s “Oasis” is a sky catcher and is located at the UP Lagoon. The disk rests on earth and reflects the skies above and is likened to a navel, an invisible umbilical cord between heaven and earth.

Justiniani is a graduate of Fine Arts (Arts Education) from the CFA and is often identified with artist-activist initiatives like Abay (Artista ng Bayan) and Sanggawa (1994) and is part of the Salingpusa Art Group.

The “Lawas” launch also features Dingdong Selga, Sarah Samaniego, Al Bernard Garcia and the UP Dance Company as invited performers to interpret the artworks through dance and movement theatre pieces.  The launch will be followed by a guided tour of the three artworks, which will be on view until August 31. 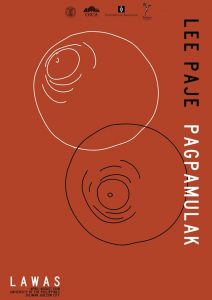 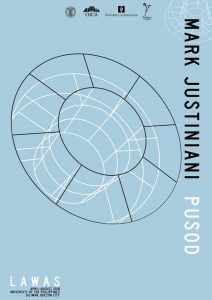 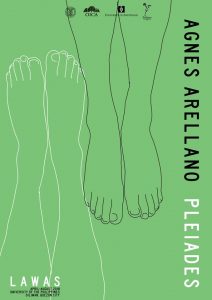