Japan: Age in a Time of Precariousness 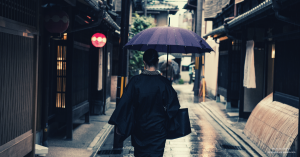 The UP Asian Center will be holding the 17th Annual International Conference on Japan Studies, with the theme “Japan: Age in a Time of Precariousness,” on 1–2 February 2019 at the Casa Real de Iloilo, Iloilo City. Registration fees apply.

The conference examines the “different issues surrounding Japan’s precarious state” using “age as a critical lens.” It deals with questions arising from “Japan’s decreasing birth rates and growing elderly population” and present studies on politics, gender, care work, migration and diversity in relation to aging “in the context of Japan’s changing social, political, economic, and cultural dynamics.”  It also highlights “the contributions of indigenous, migrant, and divergent populations as they deal with precariousness in diverse ways.” Read more

For details on the registration, please visit the official site of the conference.

The following are the conference fees for faculty and professionals:

Students may avail a discounted price of P200 per day of attendance.

The conference is organized by the UP Asian Center, the Japanese Studies Program of Ateneo de Manila University and the International Studies Department of the De La Salle University, in cooperation with the Gender and Development Program of the University of the Philippines – Visayas.