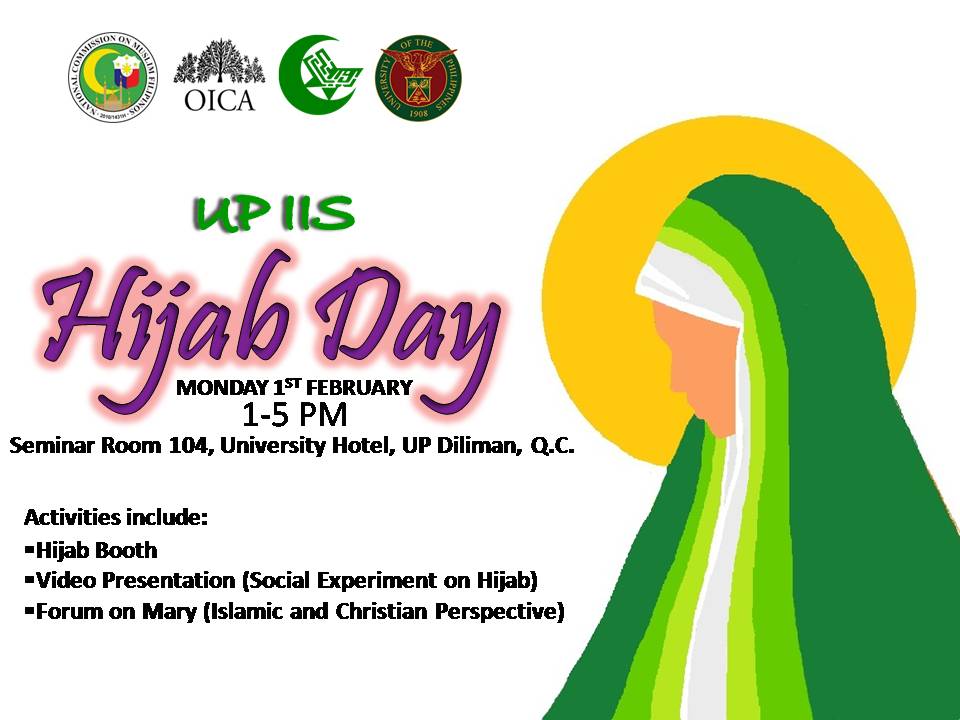 Today, there have been increasing reports of Muslims becoming vulnerable victims of Islamophobia. It refers to the discrimination faced by individuals because of their real or perceived Muslim affiliation, and it results from a process of social construction of a group which is assigned specific racial features and stereotypes. In this case, Muslim women wearing Hijab (veil) have been the easy target of discrimination, negative-stereotypes, public humiliation and violent attacks. These violent attacks against Muslim women preceded the many incidents that happened in Europe like the Paris attack in 2015, Hebdo attack, the rise of the notorious ISIS (Islamic State in Iraq and Syria) in the Middle East and the San Bernardino attack in the US. The need to counter the rising Islamophobia victimizing Muslim Women in Hijab must be addressed. Hence, there is a need to encourage coalitions between different stakeholders in order to combat this extreme form of gender-based violence.

The University of the Philippines–Institute of Islamic Studies (IIS), in cooperation with the Office of the Chancellor and the National Commission on Muslim Filipinos (NCMF) invite you to an interfaith forum titled “UP-IIS Hijab Day: Fostering Solidarity and Celebrating Unity in Diversity” on February 1, 2016 at the University Hotel, UP Diliman Campus, Quezon City from 1:00 – 5:00 in the afternoon. February 1, coincides with other three important events, namely: the World Hijab Day; the World Interfaith Harmony Week which is a UN Declaration celebrating the principles of tolerance and respect for the other that are deeply rooted in the world’s major religions; and the first day of the “UP Diliman Month celebrations 2016.”

The highlights of the program include a launching preview of the Documentary Film on Hijab and Interfaith lecture on the Virgin Mary. The documentary film will show the historical and religious contexts of the veil and the challenges faced by the Muslim women wearing it. The lecture on Virgin Mary will present the Islamic and Christian perspectives. The topic on Virgin Mary in Islam and Christianity is an example where we can highlight the commonalities between these two religions and underscore our shared common universal values.

In the Philippines, there have been isolated cases of discrimination against Muslim Hijabis. Thus, the organizers of this documentary launching and interfaith forum hope to foster cultural understanding and religious tolerance among different faiths. In addition, there will be a photo booth where Hijabs are made available inside the venue and non-Muslim participants are encouraged to “try wearing Hijab and express their feelings.” The act of wearing the Hijab is a sign of solidarity in calling to end discrimination against women.

Looking forward to your participation and confirmation in this important event. For details, please contact Mary Cabacungan, mobile # 09296109181 and IIS Direct Line 929-8286.